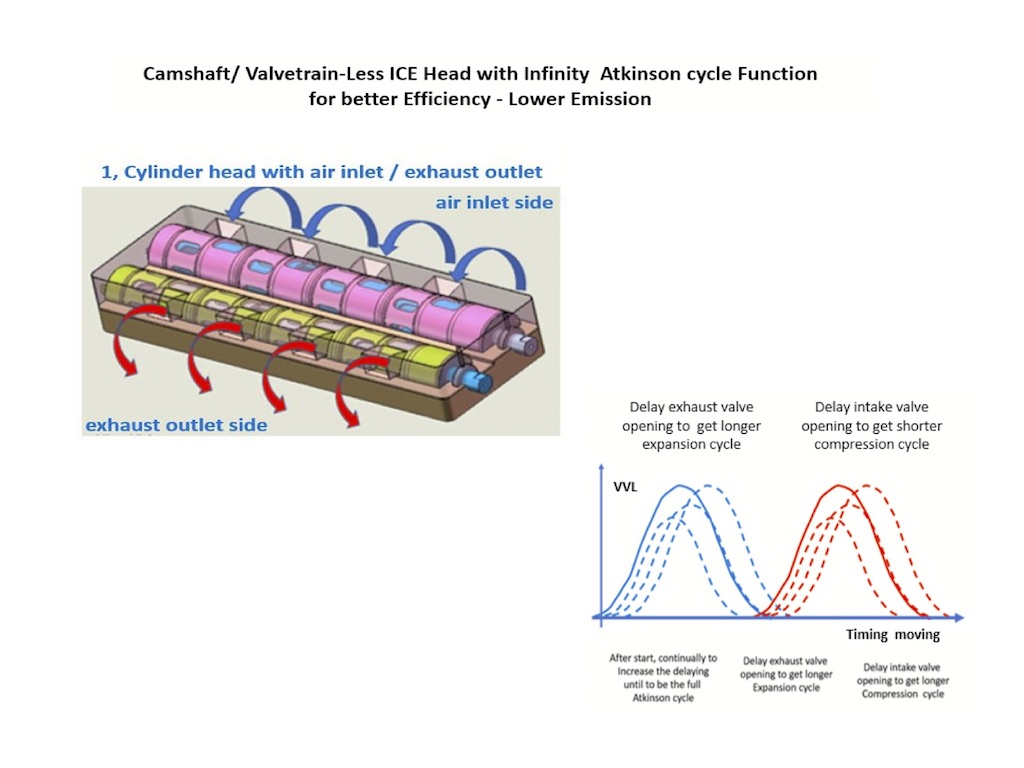 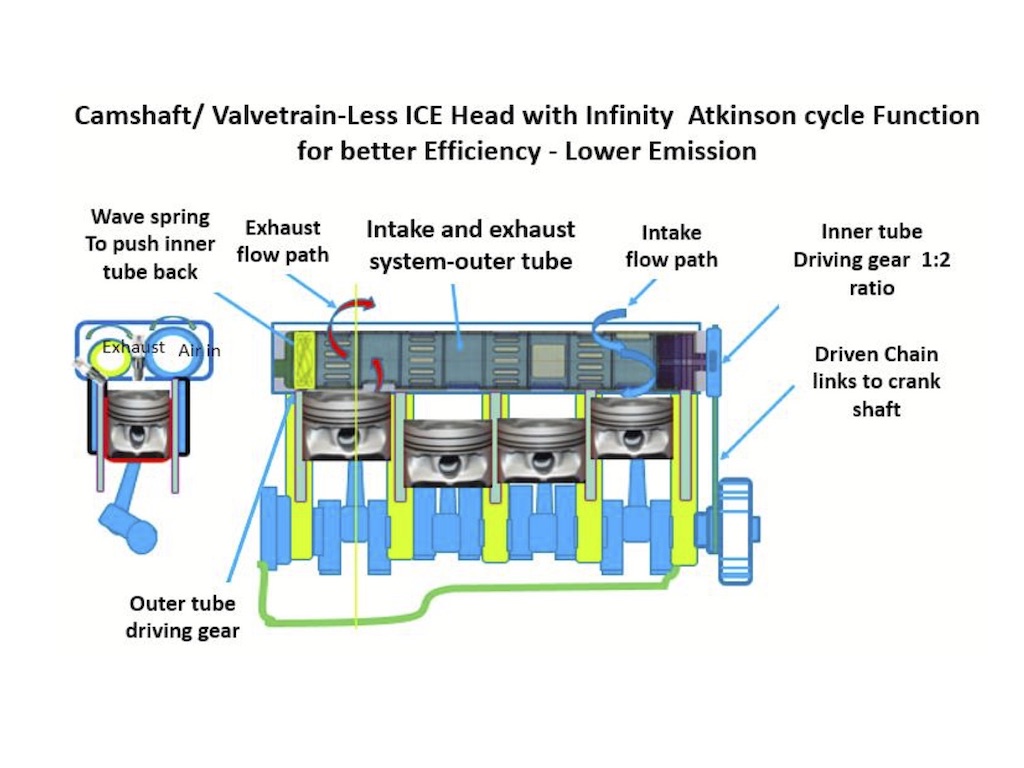 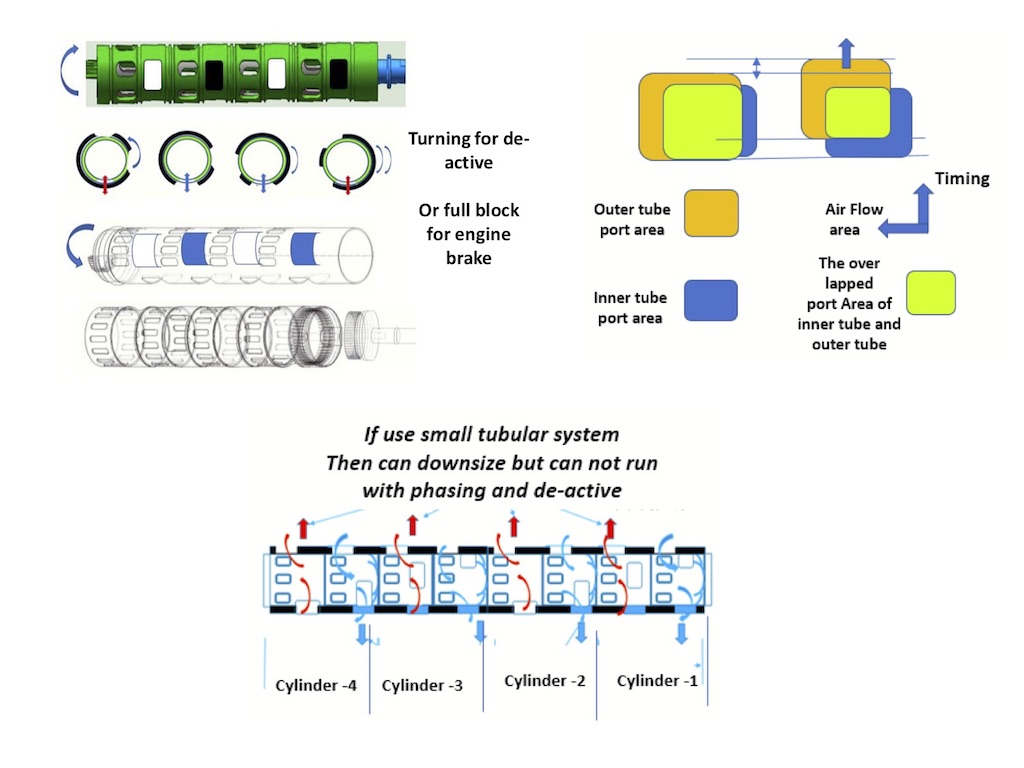 The mainly new design mechanism consists of with an air intake tubular set and exhaust tubular set. both sets are with an inner tube that is driven by the crankshaft though the driving chain at 1:2 ratio. Both sets are with outer tube that driven by signal from ECU to control the timing changing. The two sets are located in the cylinder head. The two-set cooperating make engine compression cycle to be shorter than the power stroke, this means to run Atkinson cycle to get better thermal efficiency and lower emission.

There is a driving gear at the end of outer tube. The gear is driven by the motor which controlled by the ECU, to turn the outer tube at clockwise or counterclockwise advance turning, this make inner tube delay the closing compression process and let some air be pushed out, to makes the compression stroke shorter this is the first part of Atkinson cycle.

The exhaust gas set to guide exhaust flow pass open port of outer tube and inner tube port, inner tube out ports that overlap to outer tube out ports, then exists through the cylinder head into exhaust pipe. There is a driving gear on intake outer tub. The ECU controls the motor to drive outer tube to turn at clockwise advance to make compression cycle timing delayed, so inner tube has to catch up longer time to close the expansion cycle, this makes the power stroke to be further power than the compression stroke, this is the Atkinson cycle second part.

This innovation can make diesel engine with engine braking function. When the two set outer tubes are driven by the gear to turn to let the outer tubs no opening section to block both set exhaust port and intake port at same time, this make completely the engine brake. When the outer tubes are turned to counterclockwise to block some exhaust ports and relative air inlet ports that means engine has been de-active some cylinder for better fuel saving. Shown in illustration 3.

The combined full Atkinson cycle designing under different working condition and to run under combinate engine verification performance should be like in illustration 1.