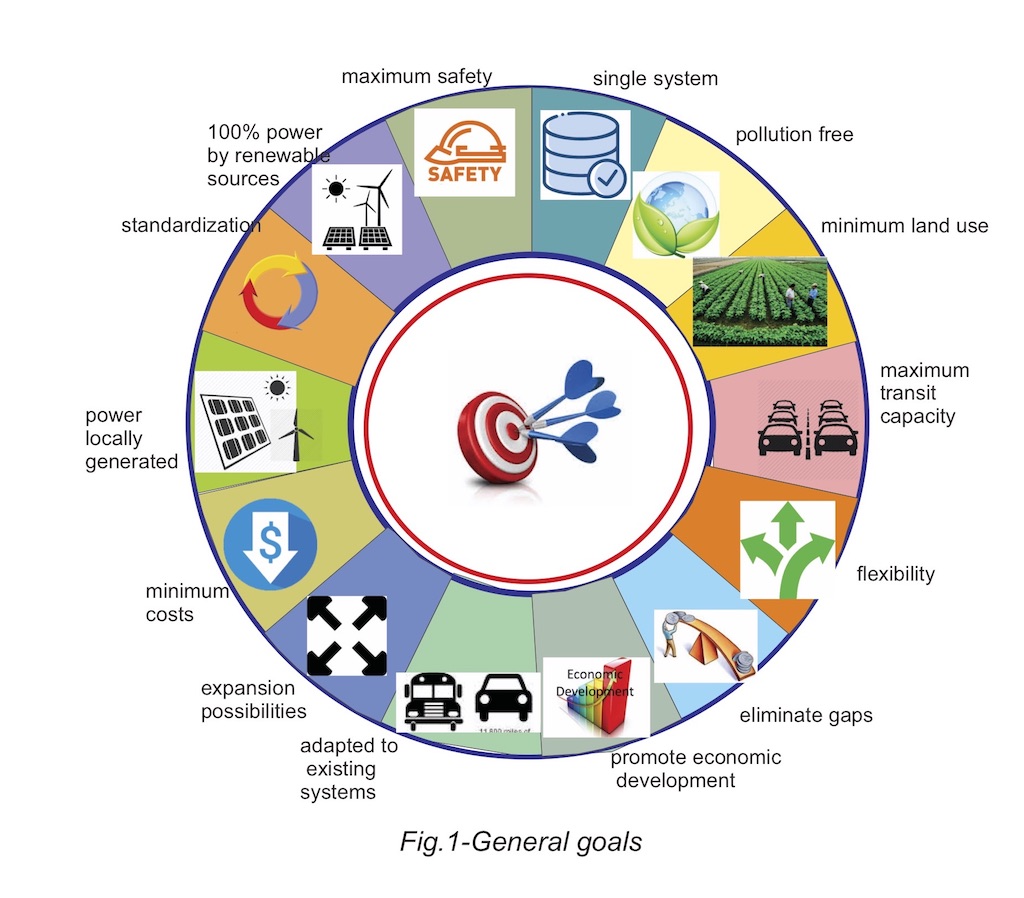 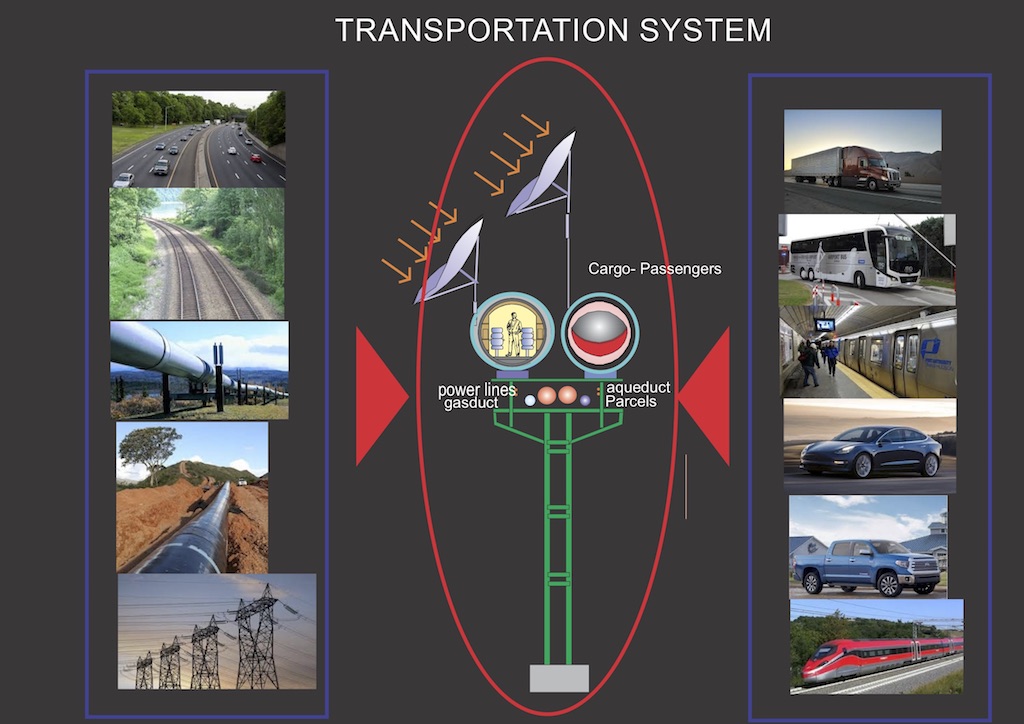 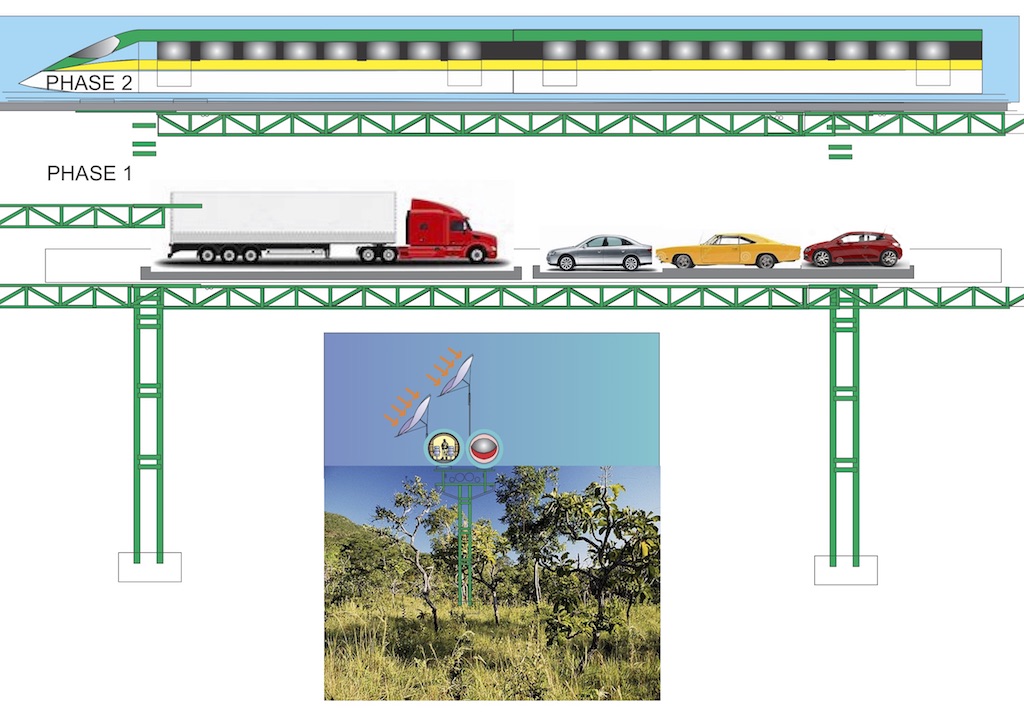 TransNet 2.0- an integrated transportation system for the 21st century

Ground transportation in its different modes (road, rail, pipelines, utilities, etc) represent a growing requirement for a modern society. At the same time such infrastructures requires not only huge financial investment usually from state agencies but also large amount of areas that are taken away from city functions , agriculture and other utilizations in the territory, creating urban or territorial blight, pollution, noise and growing utilization of non renewable resources. Furthermore they requires for its users heavy power needs either electrical with power lines and other equipment or gas and oil consumption to power the vehicles for road systems. To face the challenges of the new century and solve existing problems created by such infrastructures we need a new system that can:

-Eliminate urban blight by infrastructures with proper integration in the landscape

-Generate locally, all green power to run all systems

-Integrate and standardize all systems for an optimized transportation network

-All the above requirements plus several benefits are described in the TransNet (TRANSportation NETwork ) proposed system. Such system will be integrated for all utilizations, (personal and public transportation, cargo, utilities, pipelines and will include a new PTS  -- Parcel Transportation System) for smaller cargo to minimize the need for trips, fully described.

In the first phase of operations, moving platforms will transport existing cars, trucks and buses to avoid an abrupt change of vehicles. The TransNet system, will occupy less than 1% of the area of others systems combined, allow flexibility for expansion since is totally elevated or underground without affecting the territory. It can be used in cities, underground or overground, underwater and overwater depending of territorial conditions. The system will generate locally all power required to move its vehicles and its utilities. The road will generate the power. TransNet will function like a blood vessel bringing connections and life to the natural territory and our artificial ecosystem. We are proposing TransNet as the logical and advanced technological answer to our present and future transportation needs and describe the benefits, economical, social, environmental, functional for the entire society by its adoption.