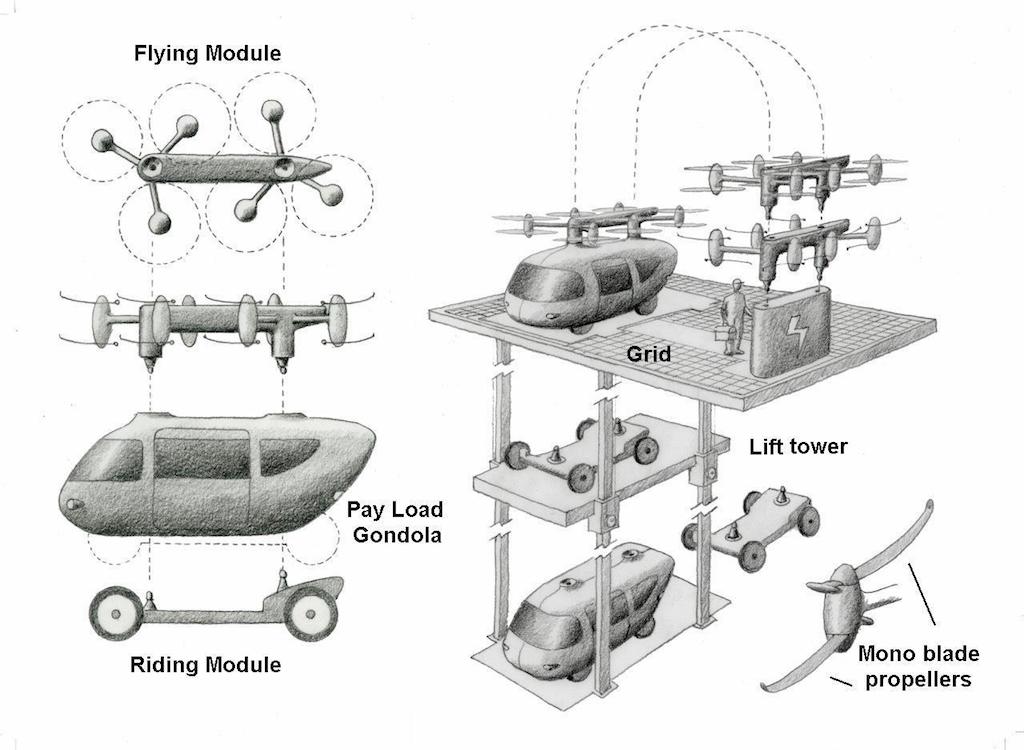 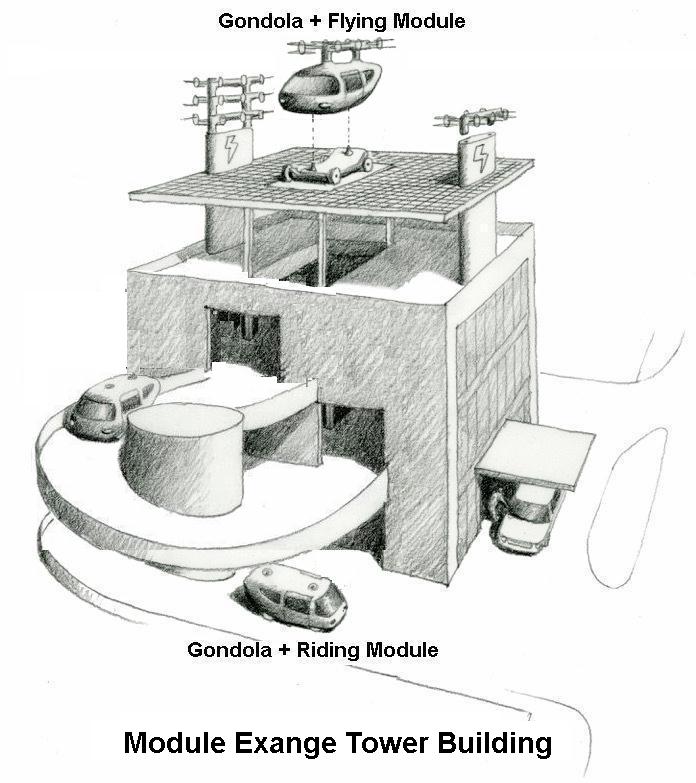 The proposed “Urban fly and ride taxi system” is composed by:

Flying modules, that are multicopters having propulsion pods, each with one or two (in tandem configuration) electric motors, each motor driving a single or multibladed rotor. They are equipped with battery and or fuel cell power packs, and a control unity being capable of flying in autonomous, programmable or fly by wire control modes.

Riding modules, that are multi wheeled ground vehicles with electric or hybrid propulsion, having central or inside wheels electric motors. They are equipped with battery and or a fuel cell power packs, and a control unity being capable of driving in road and cities, in autonomous, programmable, or in drive by wire control modes.

Module exchange lift tower buildings, that are fixed elevated constructions having parking floors for the riding modules, elevated parking areas with ventilated (grid) floor for the flying modules, and lift units capable of to transport up and down full loaded pay load gondolas so that they can be attached either under flying modules or on riding modules.

The use of exchange buildings will minimize the flying modules noise, and air downwash ambient impacts and have the necessary height in order they could comply with the tower location allowed levels for both ambient issues.

The advantage of this system in comparison to the current use of helicopters and heliports is that there is no need to remove people and or merchandise from the helicopters to load them in cars, vans, or trucks, and vice versa.

The advantage in comparison to the so named ”flying cars” is that both proposed system vehicles can be much lighter and energy efficient since they fly or ride carrying only what is necessary for each mode. The negative side is the need to use fixed transition points, but that can also be used as battery charging and or fuel tank filling stations for power packs.

The proposed system minimize ambient noise and pollution issues and reduce the energy demands of the many current transport new designs that proliferate worldwide, which is an indication of the enormous demand existing for such transport means.

The annex drawings just exemplify one of the many possible configurations for the proposed system components: