Lighter by Replacing Aluminum with Iron 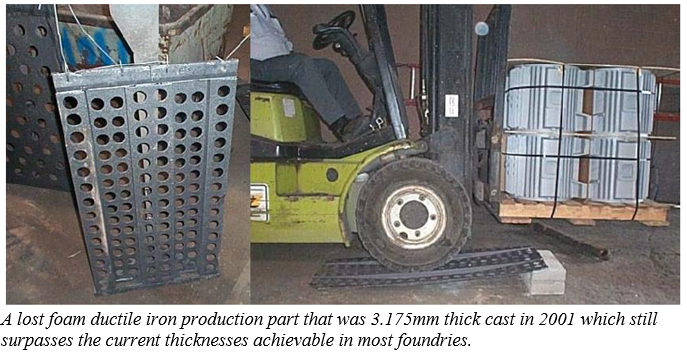 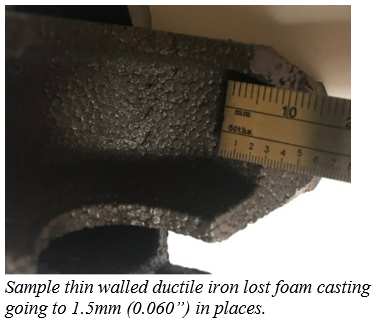 We believe to make cars lighter, the automotive industry needs to replace aluminum with iron.

The conventional wisdom says that is crazy.

Why would you replace a low density material with a higher density material? We just spent years and money converting parts from iron to aluminum. We are still working to do that. Why would you convert steering knuckles or other components back? Are you guys just nuts?

The problem with aluminum is that it is weaker. Therefore even with low density, you need more of it to distribute a load. Compared to iron or steel, you need the aluminum to be about 4 times as thick. It is well established that when taking into consideration both density and material properties such as strength that ductile iron and austempered ductile iron are the superior materials. Historically the issue has been that ductile iron formed carbides if it was cast thinner than 0.250” which is still typical at most automotive foundries. Carbides are brittle and crack, therefore, aluminum wins the day if it was 1” or thinner.

Lost foam casting is a type of investment casting process based on Styrofoam rather than wax. Back in 2001, we showed that using the lost foam casting process with standard chemistries and process parameters that you could go as thin as 0.125” simply due to the rate of thermal removal in the process compared to sand casting. Even though this wasn’t adopted widely in the automotive industry, that means aluminum only wins at light weighting designs if it is thinner than 0.500”.

We are working on a DOE SBIR to show that recent prototype efforts to go to 0.060” with lost foam thin walled ductile iron can have the same mechanical properties as normal thickness castings and are defect free. This thickness which is less than many stampings has been achieved through innovations in the foam blowing process which permit thinner foams. The iron lost foam casting process is still the normal process parameters. This means that iron will beat any aluminum parts currently thicker than 0.250”. The process will allow any existing steel or iron casting to have significant weight reductions as well.

For the 2025 CAFE standard target of 54.5 mpg, weight needs removed from the vehicle without increasing prices. The average vehicle has 600 lbs. of castings on it. Even after decades of research over half are still made of steel or iron and much of the rest if aluminum thicker than 0.250”. The automotive casting market is over $20B in 2019 so there is a large opportunity.

Ductile iron is significantly cheaper than other light weighting alternatives. In the prototype investigated to show that 0.060” is possible, the conversion was from an existing iron part. The price charged per pound was double greensand prices but the weight reduction was over 70% making the total part price over 30% less than it originally cost. Save weight and save money? Maybe we’re not so crazy.