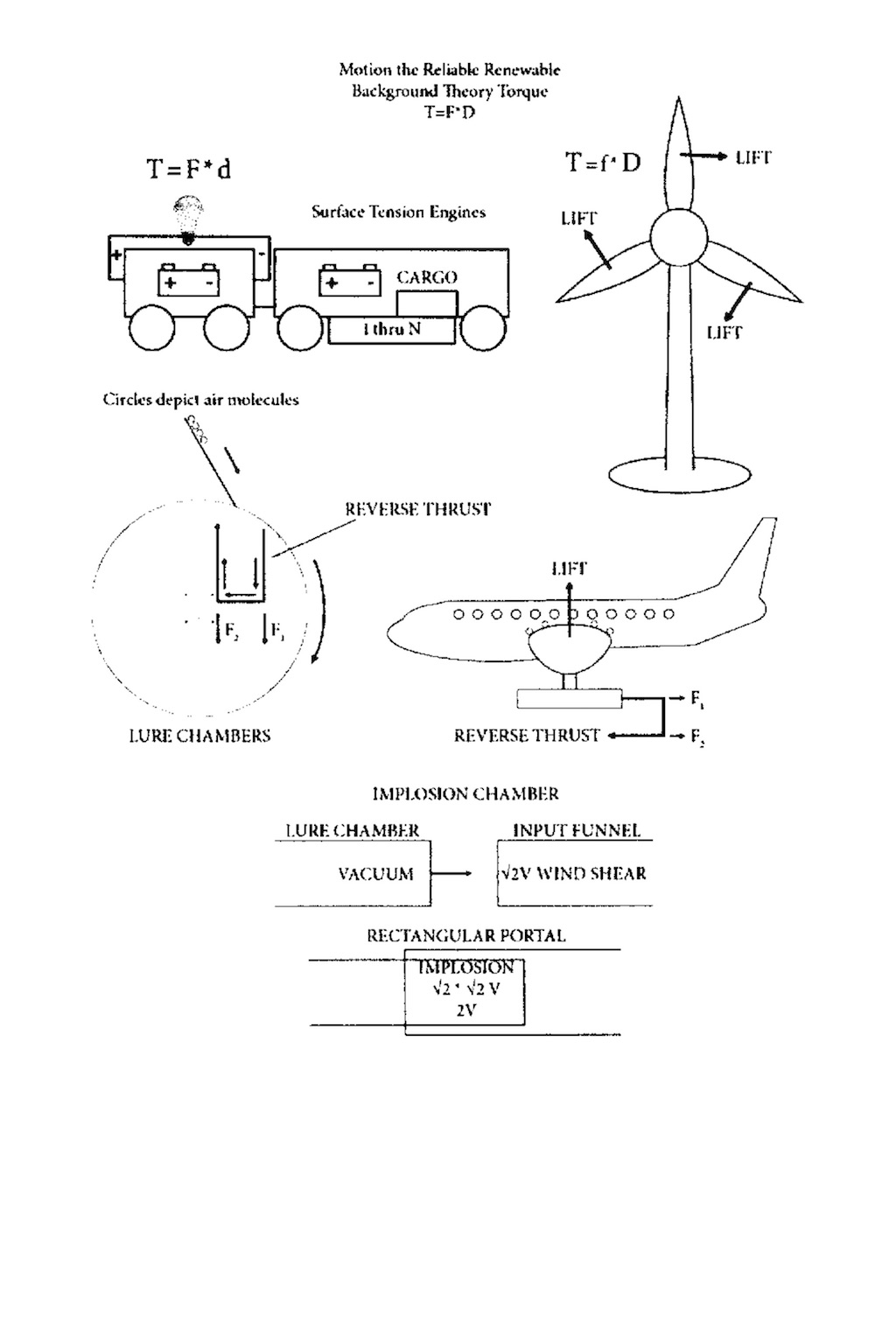 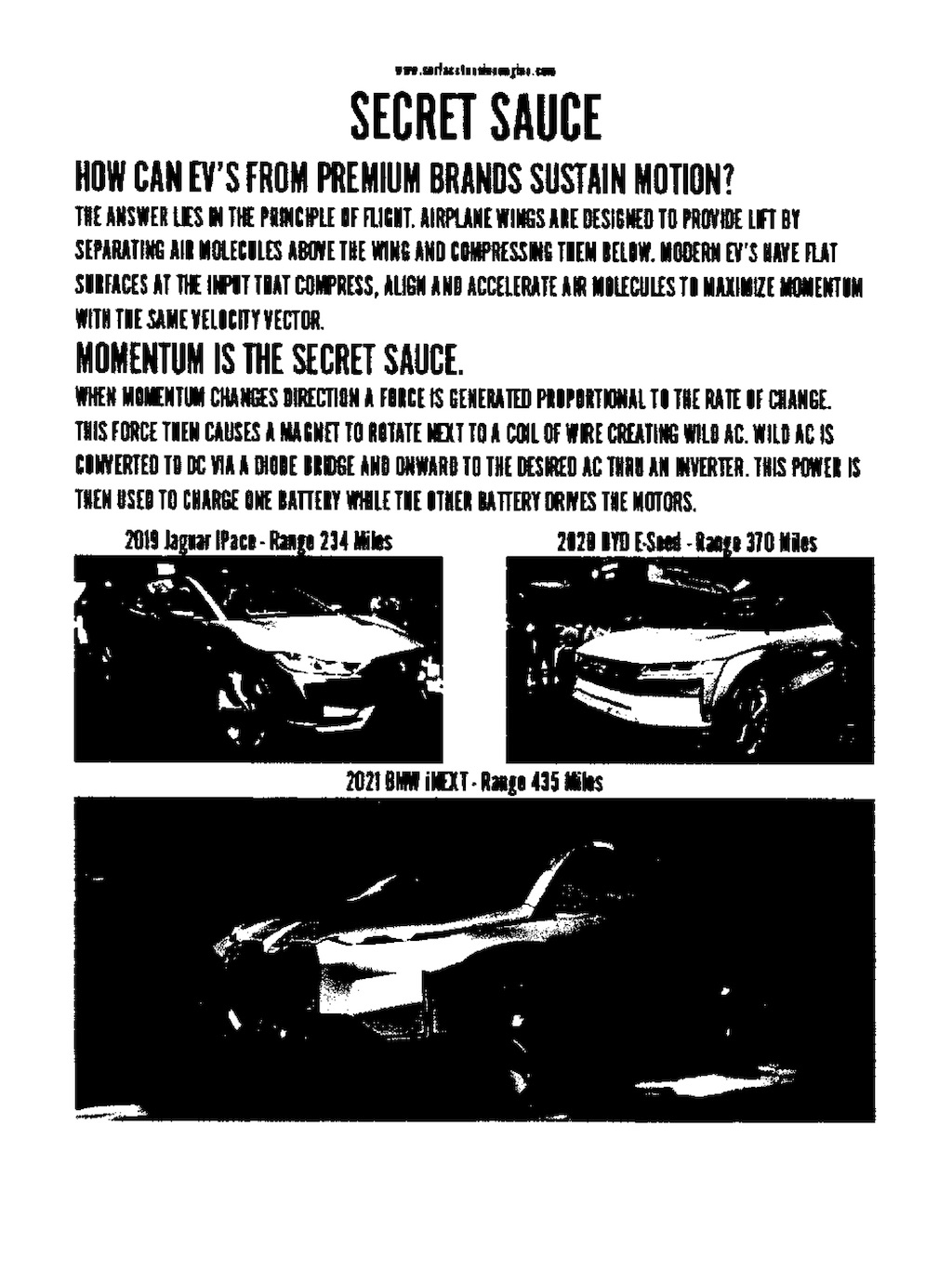 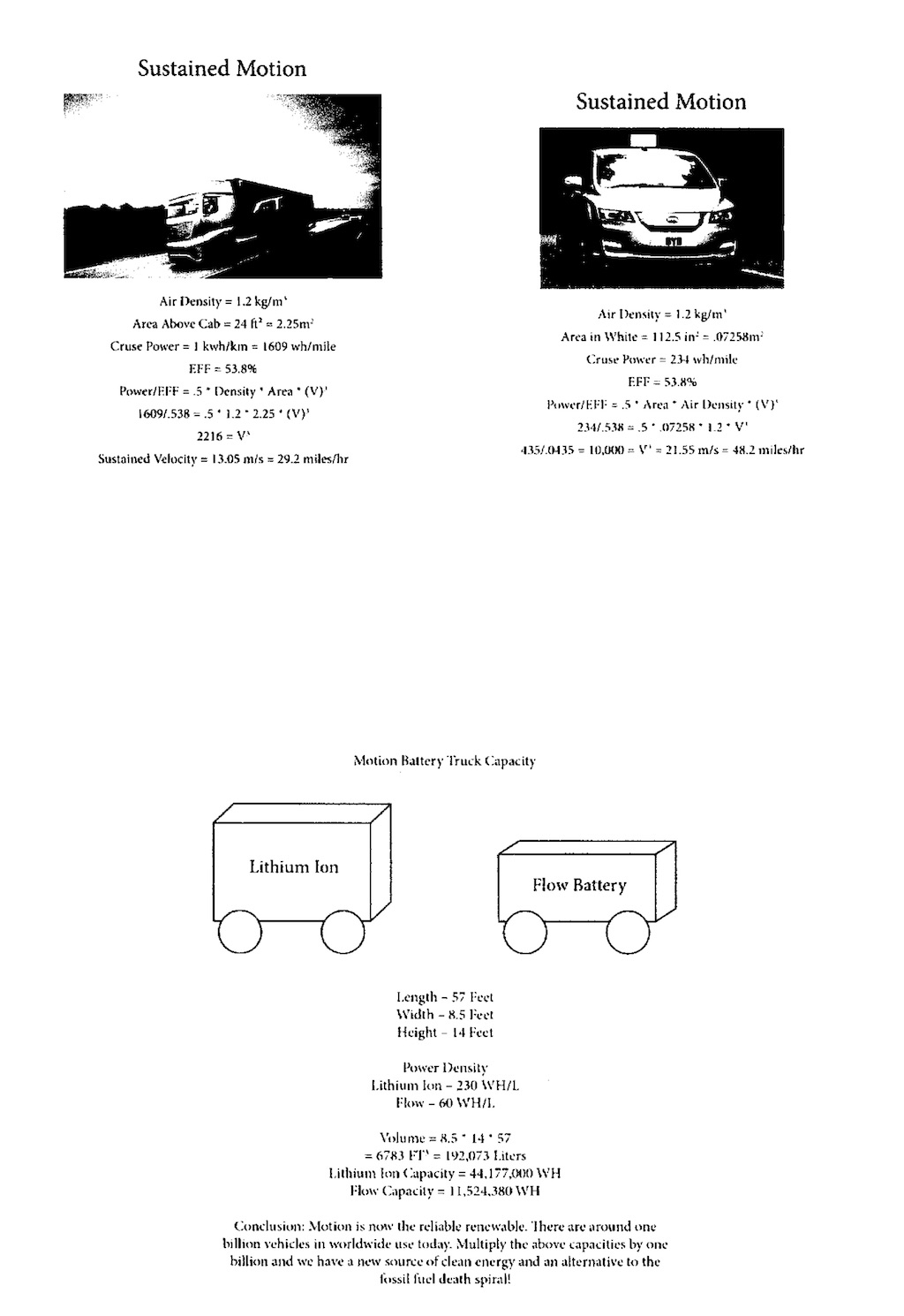 The motion battery was developed to generate additional revenue for vehicle manufacturers by charging customers for electricity while the vehicle is in motion over the life span of that vehicle. The motion battery was also developed to pay drivers to drive. When surplus energy is generated the driver has three options. The first is to return home and power the house. The second is to discharge the battery at a service station that supports both gas and electric vehicles. This service station will then reimburse the driver at the wholesale level. The third and final option is to power some sort of dump load (heater, ac unit ,etc} on the vehicle. I have developed a disruptive energy technology by identifying lost energy in the transportation industry. At present fuel is converted to kinetic energy and all that energy is lost to brake pad heating and air turbulence when the vehicle stops. My concept is to shape wind shear and convert this energy into electricity. This is accomplished by my four cycle wind implosion engine (pat# us 7,056,082 b1) also known as the motion battery. Cycle one propels the vehicle with battery power. Cycle two splits wind shear into two rectangular elements along the hypotenuse of two equilateral right triangles. This accelerates the two wind shears by the square root of two. Cycle three routs these two rectangular wind shears into two rectangular vacuums formed by the rotation of two fishing lure chambers. The two wind shear elements are now traveling at twice the velocity of the vehicle and have eight times the energy they had in cycle one. The fourth and final cycle is reverse thrust.

The two wind shears produce three powerful torques per 90 degrees of rotation producing electricity proportional to the cube of vehicle velocity. When the power produced is equal to the power needed to sustain motion sustained motion is accomplished. When the power produced exceeds the power to sustain motion excess power is available for future use. The vehicle now becomes a power broker that can transfer energy between the grid, the vehicle and the home battery.

Generating electricity from a previously untapped source (vehicular wind shear) is huge. The ability to generate a third kind of clean energy that is not dependent on the sun is a breakthrough. Motion is now the reliable renewable. There are around one billion vehicles in worldwide use today.

Multiply the battery storage of each vehicle by one billion and you have a clean alternative to the fossil fuel disaster we have today.