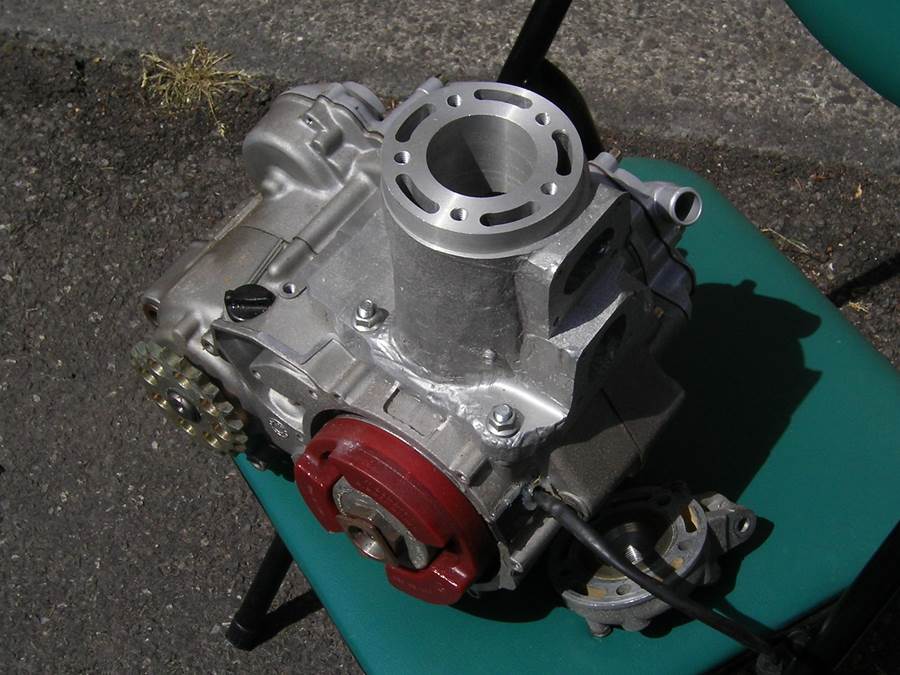 The two-stroke internal combustion engine was never developed properly. It is known to be a more efficient type of engine, with reduced pumping losses, compared to the four-stroke engine - diesel two-stroke engines used in ships are the most efficient design of internal combustion engine. Two-stroke engines have the potential to create less pollution due to having lower operating temperatures within the combustion chamber, whereby running cooler where less of the pollutant NOX is produced, which is the most harmful of pollutants and one of the most difficult to eradicate. Further, two-stroke engines have additional advantages of being smaller lighter and more basic in design thereby saving on production time and costs, requiring less materials to produce them, packaging, etc.

In the 1950s, Dr Walter Kaaden produced the historic breakthrough of using exhaust resonance from the expansion chamber exhaust to create back-pressure to prevent the loss of un-burnt hydrocarbons out of the exhaust port, but this method of improving performance is only effective for a small section of the operating speed range of the engine where it remains inefficient either side of such a limited RPM range.

In the 1990s, the automotive industry considered replacing the four-stroke engine with the two-stroke for the above reasons but lacked the breakthrough in technology to make this change possible. Robert Rae, back then, was the only person to solve the design faults of the Bimota V Due direct injection intelligent two-stroke engine when all others failed to do so. The V Due was, at that time, the world's most advanced production engine.

From a combination of design changes operating in unison to complement the operation of each other Robert Rae re-engineered the operating principle of the two-stroke engine to have increased efficiency at all operating speed ranges making this type a viable alternative to the four-stroke. These changes transpired from reading the development history of the two-stroke engine to find its development was never carried out in the correct direction from its initial conception! This wrongful development path continued until the present day giving this type of engine a wrongful reputation for being inefficient and highly polluting when the reverse should have been the case!

Electric motors have not yet replaced engines that burn fossil fuels, nor are they likely to for the foreseeable future, where the internal combustion engine remains the motor of choice for most people, hence a need to continue this development. The application of the two-stroke engine is diverse from large ocean liners to garden implements such as lawnmowers and chainsaws where in such appliances the use of an electric motor is not always possible.

Prototype work on this breakthrough in engine technology is at a highly advanced stage with the necessary design changes produced to give the two-stroke engine a bright future.

When bio-fuels become more widely available, they will give the internal combustion engine a longer lease of life, plus with ever tighten regulations this will see a reintroduction of the two-stroke engine.