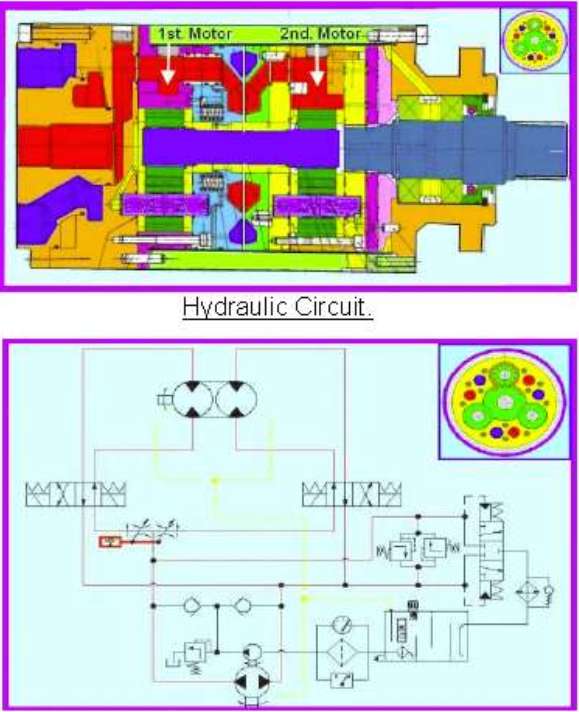 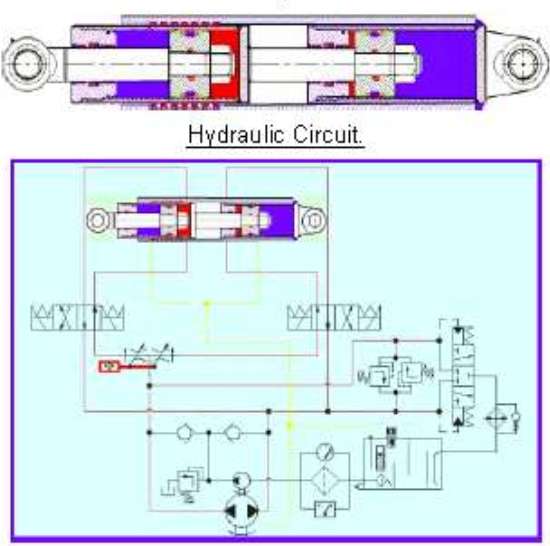 “GoldDrive” is an infinitely variable, bi-directional drive consisting of hydraulic fixed displacement pumps and motors. As a matter of fact “GoldDrive” is the hydraulic equivalent of the mechanical differential. The idea behind the development of “GoldDrive” is to overcome the limitation of starting torque. According to the traditional equation, torque is equal to power over speed and as a result, we need an infinite amount of torque to start a load at zero output speed. The solution is Slippage, slippage of electrical, mechanical, hydraulic and pneumatic transmissions. “GoldDrive” enables us to achieve full torque at zero output speed.

Basically, GoldDrive consist of one hydraulic motor with fixed body running CW and on its output shaft a second hydraulic motor is mounted having same displacement running CCW rotation. By supplying same flows to each, resultant speed is zero. By controlling flow ratio and direction we can get +/-2n acting according the equation T torque=Ppower/n1RPM+n2RPM , n1 and n2 can be controlled as either CW or CCW rotation independently.

What are the advantages.?

Introduction:
“GoldDrive” was developed by Nahum Goldenberg with result of the assumption that all four traditional drives, electrical, mechanical, hydraulic and pneumatic have similarities and only historical reasons lead us to separate the different drives instead of unifying units.

Some Equations:
n in = K ( n 1 + n 2 ) where k is the gear ratio and n 1 and n 2 are the output speeds respectively. As flow Q = n x q, we can express the hydraulic differential as Q in = n1 x q1 + n2 x q2 . In case we select q1 = q2 then the above equation becomes:
Q in = q ( n1 + n2 ). This equation is behind the development of “GoldDrive”. The same can be considered for linear using the equation F Force= P power / v1speed + v2speed, as well as for rotary motion. In both cases we can achieve infinite variable speed, bi-directional, using fixed displacement pumps, motors and actuators while starting torques and forces are at their maximum efficiency and nearly without slippage.