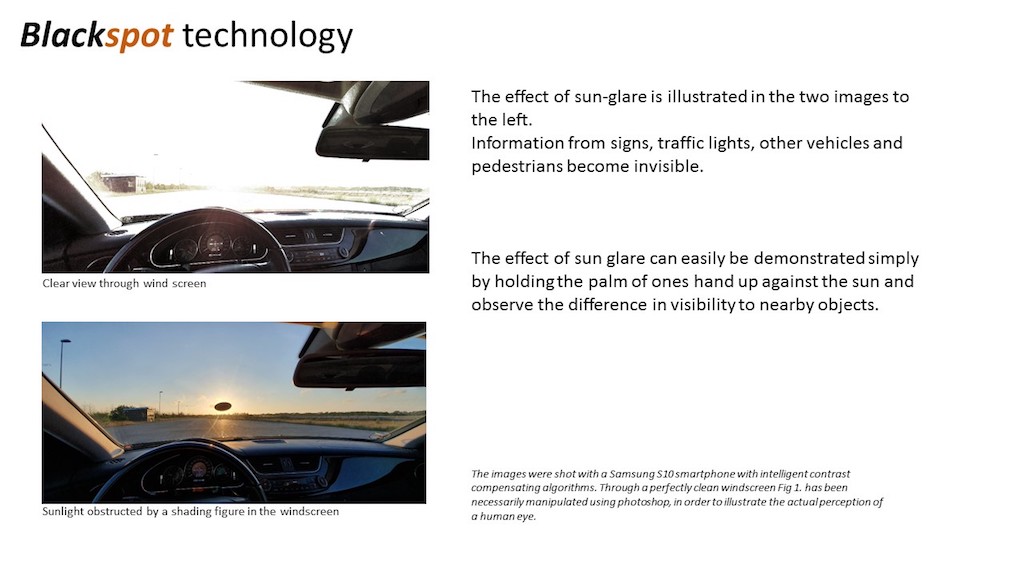 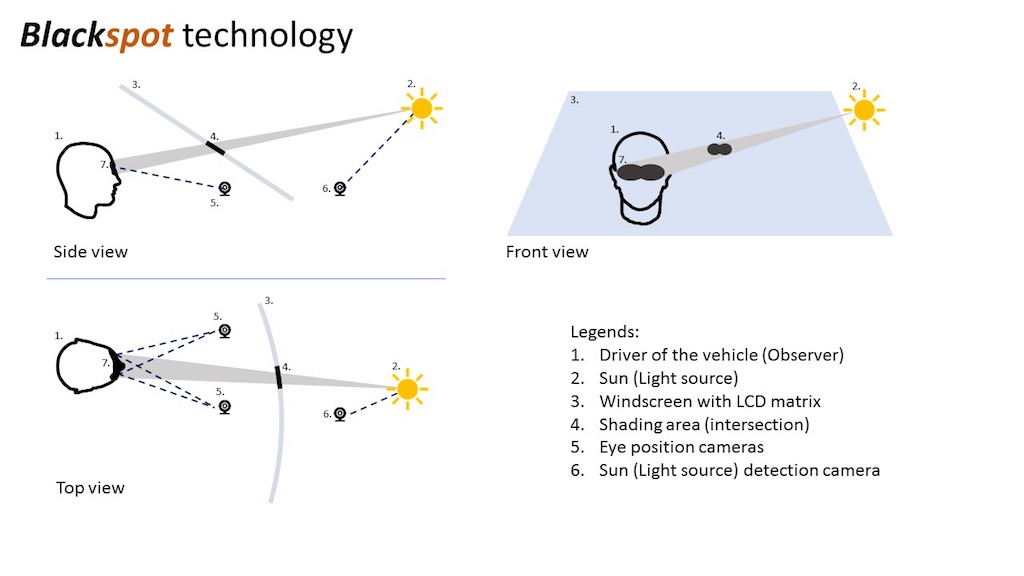 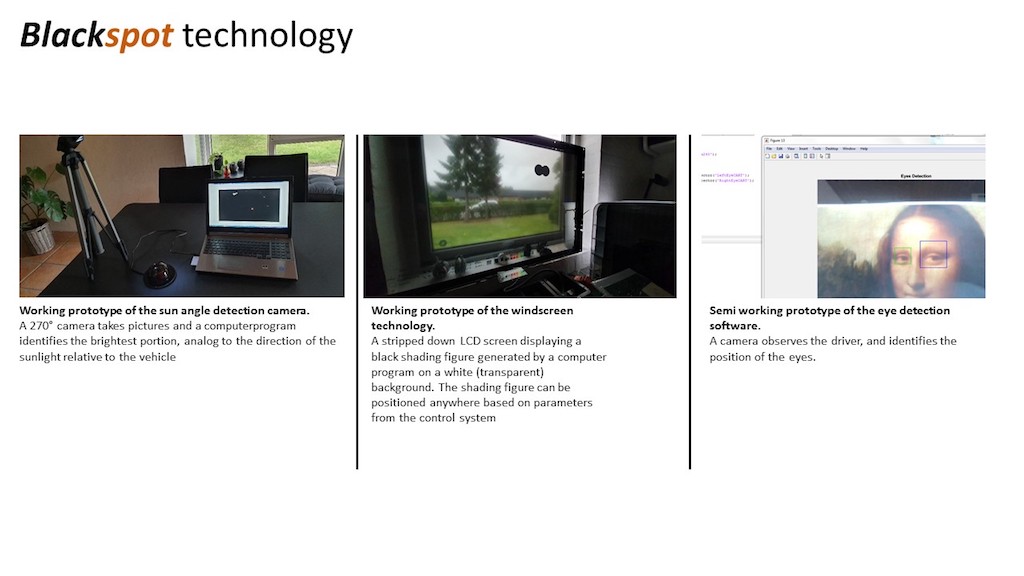 According to the U.S. Department of Transportation 17% of all motor vehicle environmentally related crashes was caused by Glare or blindness from sunlight. Between 2005 and 2007 this accounted for more than 9000 crash accidents in US.

This invention seeks to reduce the risk of sun blindness in five steps.
1. Identify the angle of the sun relative to the vehicle
2. Identify the position of the drivers eyes relative to the Vehicle.
3. Using trigonometry to calculate the position of the sun on the windscreen, as viewed by the driver
4. Position a shading object in the line of sight to the sun, preventing the sun to enter the eyes of the driver
5. Continuously relocated the shading object according to pint 1 and 2 and further adjust the density according to the luminosity of the incoming sunlight.

Current solutions like tinted glass and sunglasses does not solve this problem, simply because these devices are reducing the entire visible area. Individual products claim to have dynamic contrast regulation according to the incoming light but still it is in the entire view of the user.

A similar technology is currently used in modern welding protection helmets, for automated tinting of the sharp ligt from the welding arch.

Shading or blocking only the area where the sun is in the view has a significant effect on improving the vision in a much larger area and further prevent spot blindness when looking away from the sun.

Step one is performed using a 270° camera (6) located in the front of the vehicle, analyzing the picture and identifying the brightest spot in view and determine it luminosity.

Step two is performed by using two cameras located inside the dashboard (5) which in combination with a computer program that uses face recognition can identify the driver’s eyes and their angle relative to the vehicle from each camera. Using trigonometry these two angles can now be used to locate the driver’s eyes in the 3-dimensional space of the cabin.

Step three is performed using trigonometry to calculate the intersection on the area of the windscreen that correspond exactly to where the driver sees the bright sunlight (4).

Step four can use various technologies to shade or blacken only the spot on the windscreen where the sun is perceived by the driver. Among the most optimal solutions is suggest
a. A windscreen in the format of a see-through LCD display, and simply create the picture of two black circles at the intersection that was calculated in step three.
b. A mechanical device that moves a black object (cardboard etc.) into the position of the intersection. This however will include mechanical system that may not be durable and safe enough for this application.