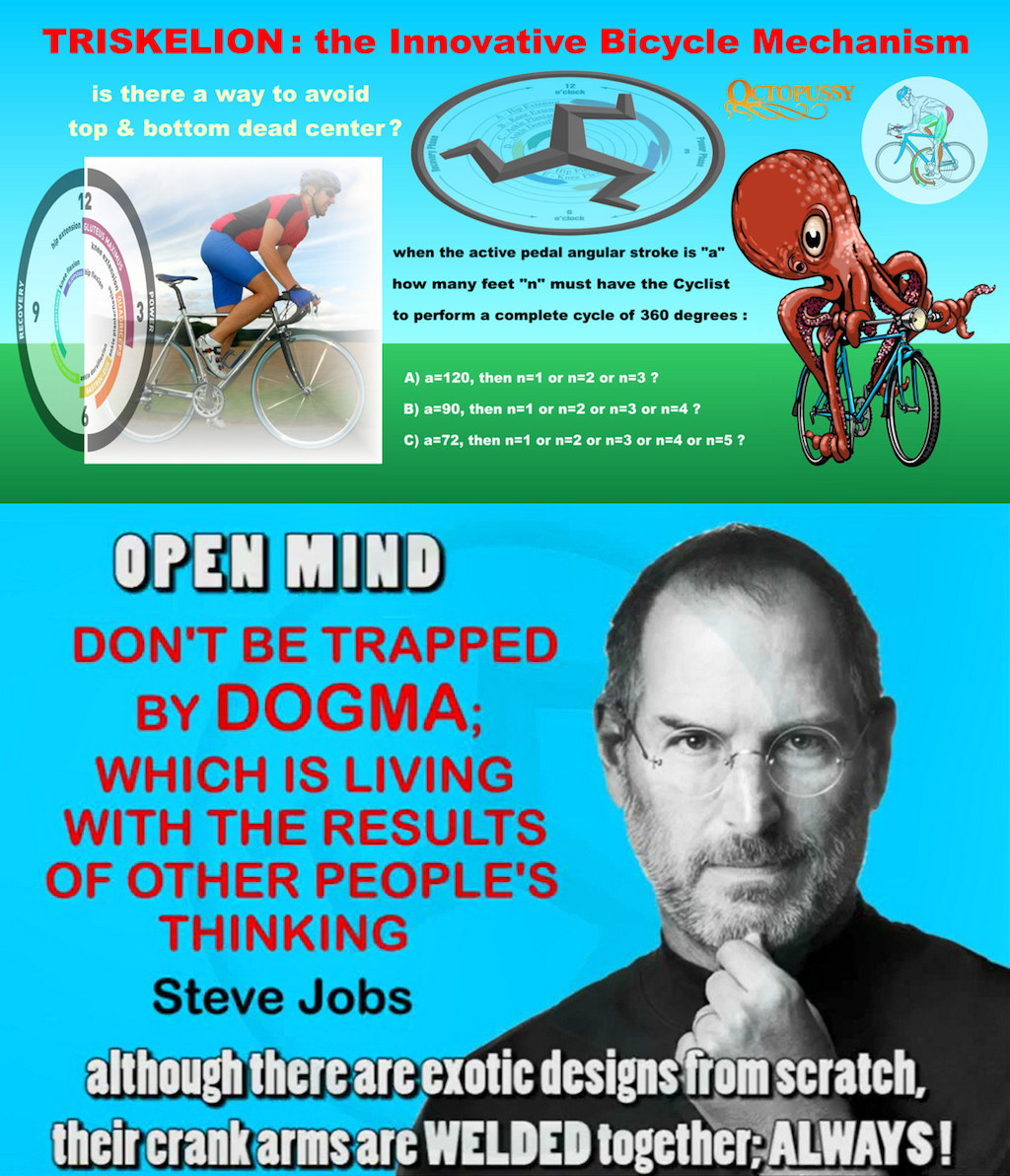 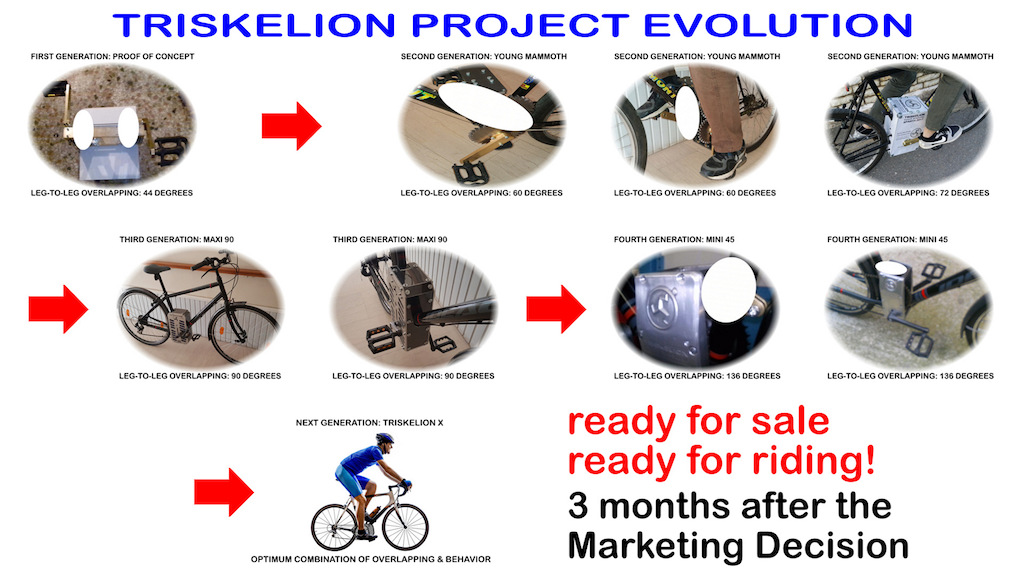 PROBLEM/MOTIVE: In Cycling, the Cyclist faces two obstacles:
-there is dead-center at top of pedal-stroke, where Cyclist must apply huge force resulting in negligible torque and
-there is not even slight helping overlapping of pedaling power-periods (when Cyclist produces work), resulting that each single leg has to be so strong to move the bicycle alone.

SOLUTION/PROPOSAL:
In this Mechanism the two crank-arms are non-rigidly connected together via variable-transmission-ratio gears, with predefined variable phase-difference, in order to impressively resolve both problems.

Installing it on Bicycle, minimum phase-difference is decreased to much less than 180-degrees of classic Bicycle, resulting in avoiding dead-points of pedal-stroke, while -and this is the most important- LARGE OVERLAPPING of actually power-periods is achieved.

Thanks to these improvements, torque that finally moves Bicycle is rendered much smoother, Cyclist has to make less effort for same result, while each involved member of his body is less strained than when riding classic Bicycle.

Although it is purely mechanical(efficiency about 99%), cooperates ideally with assisting electric-motor, providing even higher exploitation of work that Cyclist produces, while, with any composition, performance of combination "Cyclist-and-Bicycle" is significantly increased.

When minimum phase-difference is 120-degrees, Cyclist feels as if he/she had THREE LEGS ("TRISKELION").

PAST/COMPETITION: No competition!
Older attempt(Rotor Cranks) had proposed solution where dead-centers are eliminated and Cyclists liked this feature, but there was only 5-degrees overlapping, instead of impressive 60-degrees of this Mechanism for mean/everyday Cyclist(TRISKELION), which overlapping increases up to 136-degrees(OCTASKELION:version for professional athletes only).

Namely, in collaboration with team of orthopedics, neurologists, physiotherapists and gymnasts can be worked out a kinematic-pattern optimization for each leg(hand in handcycle case), POINT-by-POINT, in terms of body ergonomics and minimization of stress and wear of MUSCLES, TENDONS and BONES, of HIPS, KNEES and ANKLES, taking, also, into account all critical personal data for specific Cyclist, including sex, age, use, health-condition, health-history(injuries etc) and even differentiations between right and left leg(hand).

MARKET STRATEGY: Beginning by aiming at people with temporary/permanent health(especially leg) problems. There is special version for Cyclists with one only leg and there is the challenge to design Bicycle dedicated for such races, even for Paralympics(www.paralympic.bike). Another Market will be the large one of stationary exercise-Bicycles.

After this great promotion, the idea will be propagated in all classic Bicycles for any use, starting with retrofitting kits for popular Bicycle models and then for any other model after ordering. Final goal is to design Bicycles, with this Mechanism, from scratch.

FUTURE/VISION: This Mechanism is a REAL NEED for everyday life for two reasons:
-ecological ethics ask for electric AND human-powered-vehicles in centers of cities, and
-doctors suggest that everyone has to be exercised as much as possible, in a mild way, as walking/CYCLING.