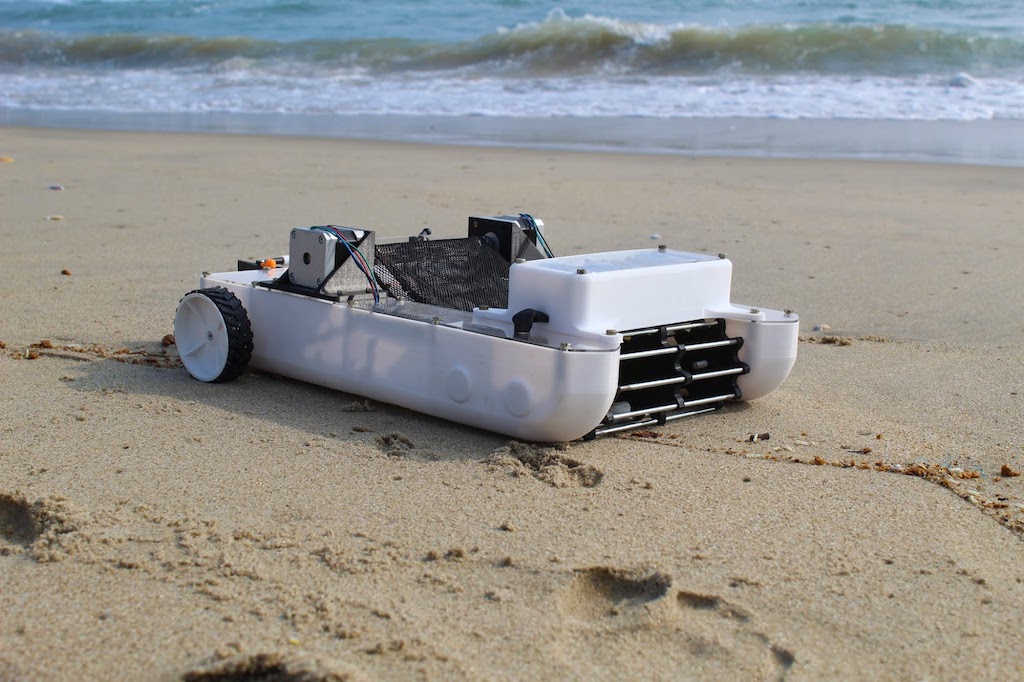 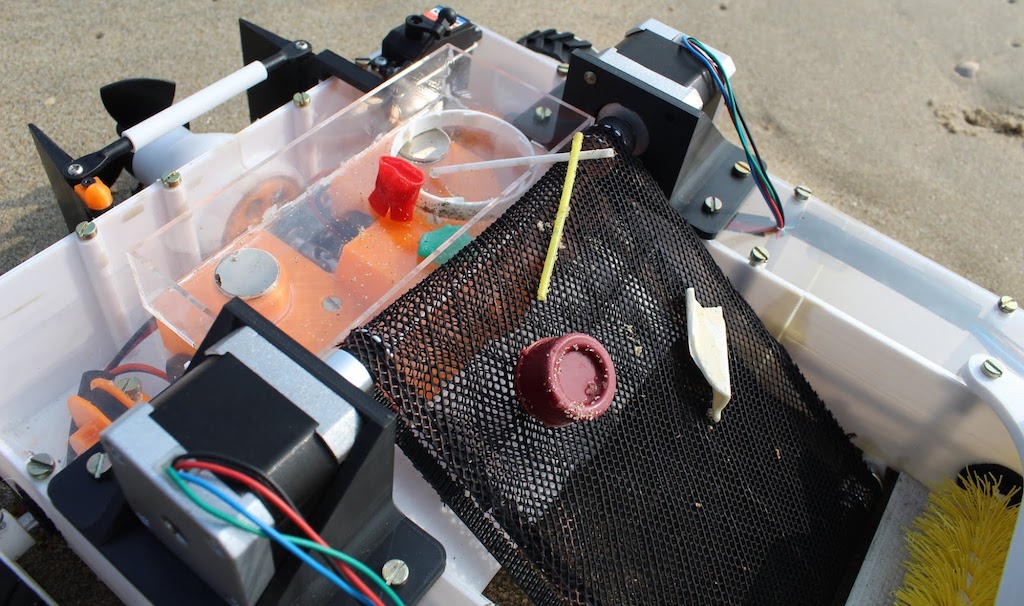 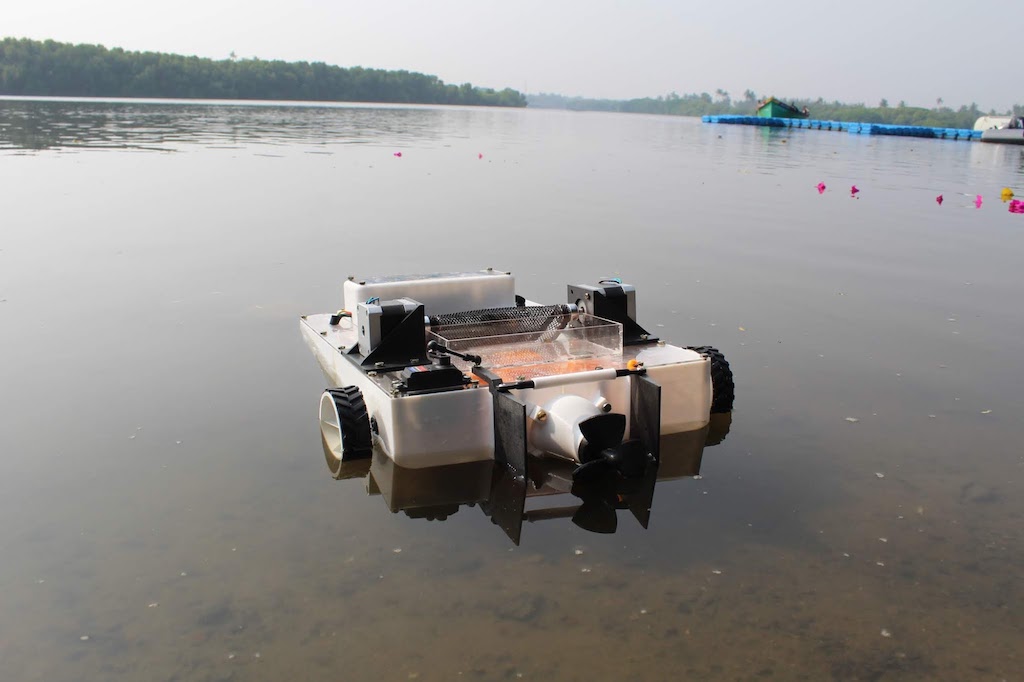 We live in a coastal town in India called Pondicherry famously known for its serene beaches and coastal activities. Over the years, as the city has developed, it has attracted more tourism, which has resulted in an increase of littering on the once clean and beautiful beaches. This problem is not unique only to Pondicherry but to hundreds of other coastal communities as well.

A recent study by National Geographic estimates that 9 million metric tons of plastic waste enters the world’s ocean from coastal regions. Not only are people affected by this, but this is causing havoc to marine life.

Our innovation, Maritime, is an amphibious rover that is scalable and low-cost which focuses on tackling this worldwide issue at its source. We developed the device using the power of digital fabrication, making improvements to components after evaluating them in real-world scenarios. Our idea stands apart from other traditional methods due to its capability of functioning on land as well as on water, giving it the needed versatility to efficiently clean up coastal ecosystems.

Another aspect of this system which is still under development is the implementation of machine learning algorithms to completely automate the collection process and to also create optimized trajectories linking regions with higher waste densities, significantly decreasing the device's energy consumption.

At the heart of our system, a motor driver shield attached to an Arduino Uno controls a total of 6 actuators: 2 DC motors for land propulsion, 1 DC motor for water propulsion, 2 stepper motors for the conveyor belt and 1 servo motor to move the rudders. As of now, the rover is remote controlled but we are in the process of making it fully autonomous.

This project has a lot of room for improvement but the present results look promising. We have triggered the origin of a ripple for a cleaner future.