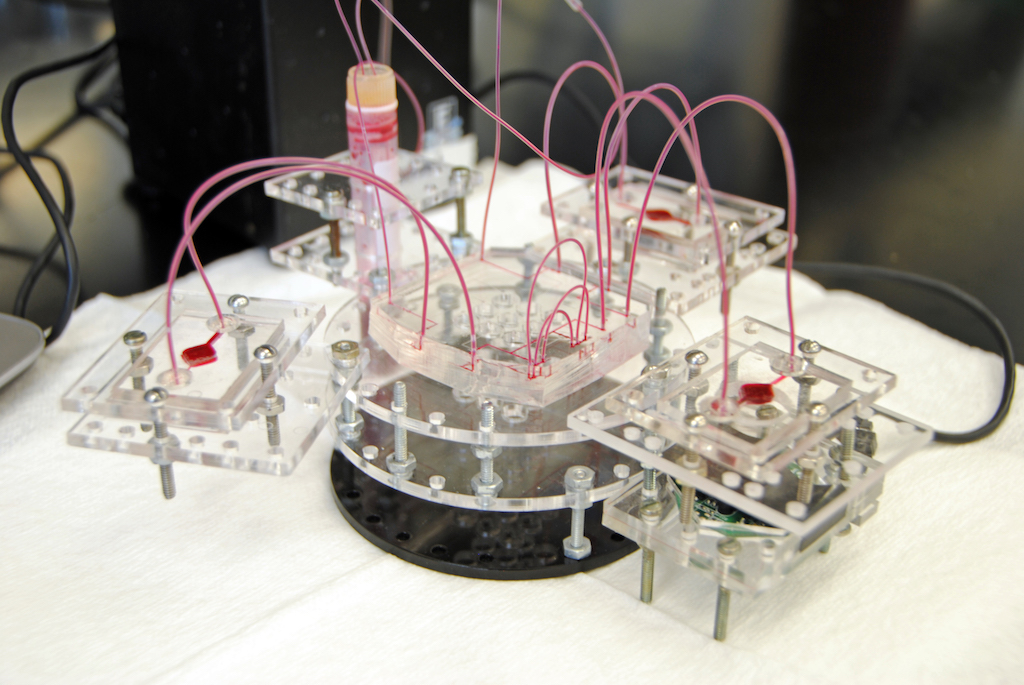 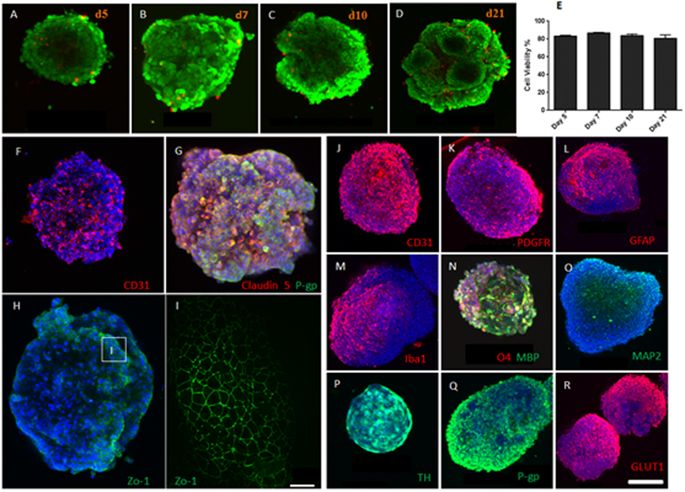 A truly futuristic idea that looks like something straight out of Star Trek: Next Generation, Body-on-a-Chip has spring boarded off new tissue engineering technology. In fact, it was the Wake Forest Institute for Regenerative Medicine’s (WFIRM) expertise in generating micro human organs and tissues from the cellular level to functional tissues that led to its selection in 2013 to lead a $20 million, multi-institution “Body-on-a-Chip” program funded by the Defense Threat Reduction Agency. The goal was to build a miniaturized system of multi human organs to model the body’s response to chemical and biological weapons and develop potential therapies and new antidotes. The WFIRM team, which is based on multi-disciplinary collaborative research, was the first to create miniature tissue equivalents using regenerative medicine techniques that replicate a high level, long-term function and they were able to combine up to six organs on the same device.

The Body-on-a-Chip platform technology is designed as an accurate model of the structure and function of human organs, such as the lungs, liver, heart, brain, etc. These micro organs (organoids) are housed separately in small micro-reactors, and connected by a microtube network that can feed them. It enables researchers to circulate candidate drugs, vaccines or biologic agents or therapies between the different organs, as it would do in humans, and predict whether it is safe, effective or toxic. The Body-on-a-Chip platform can accelerate the translation of basic scientific discoveries into the clinic, in a faster and more accurate way than in laboratory animals.

The futuristic idea had potential for more beyond chemical warfare response. As the science has evolved, the team reported two years ago success in engineering micro-sized three-dimensional (3D) organoids that had higher functioning ability and more accurately modeled the human body. While other teams have combined cells from multiple organs in a similar system, the WFIRM team connected them together on a single platform and monitor their function in real-time.

Most recently, scientists at WFIRM have developed a 3D brain organoid – the first engineered tissue equivalent to closely resemble normal human brain anatomy, containing all six major cell types found in normal organs including, neurons and immune cells -- achieving the holy grail of establishing a fully natural blood-brain barrier that could have potential applications in drug discovery and disease modeling.

A longer-term goal has come to fruition: to explore the potential for the Body-on-a-Chip technology to reduce the overall burden of animal testing in the development and management of products for human use. Body-on-a-Chip technologies developed in WFIRM labs are now being prepared to be used commercially. In parallel, the team is developing diseased tissue organoids, such as fibrotic lung or heart, virus infected liver and tumor bearing gut tissue as an innovative approach for development of new drugs that can fight these diseases.