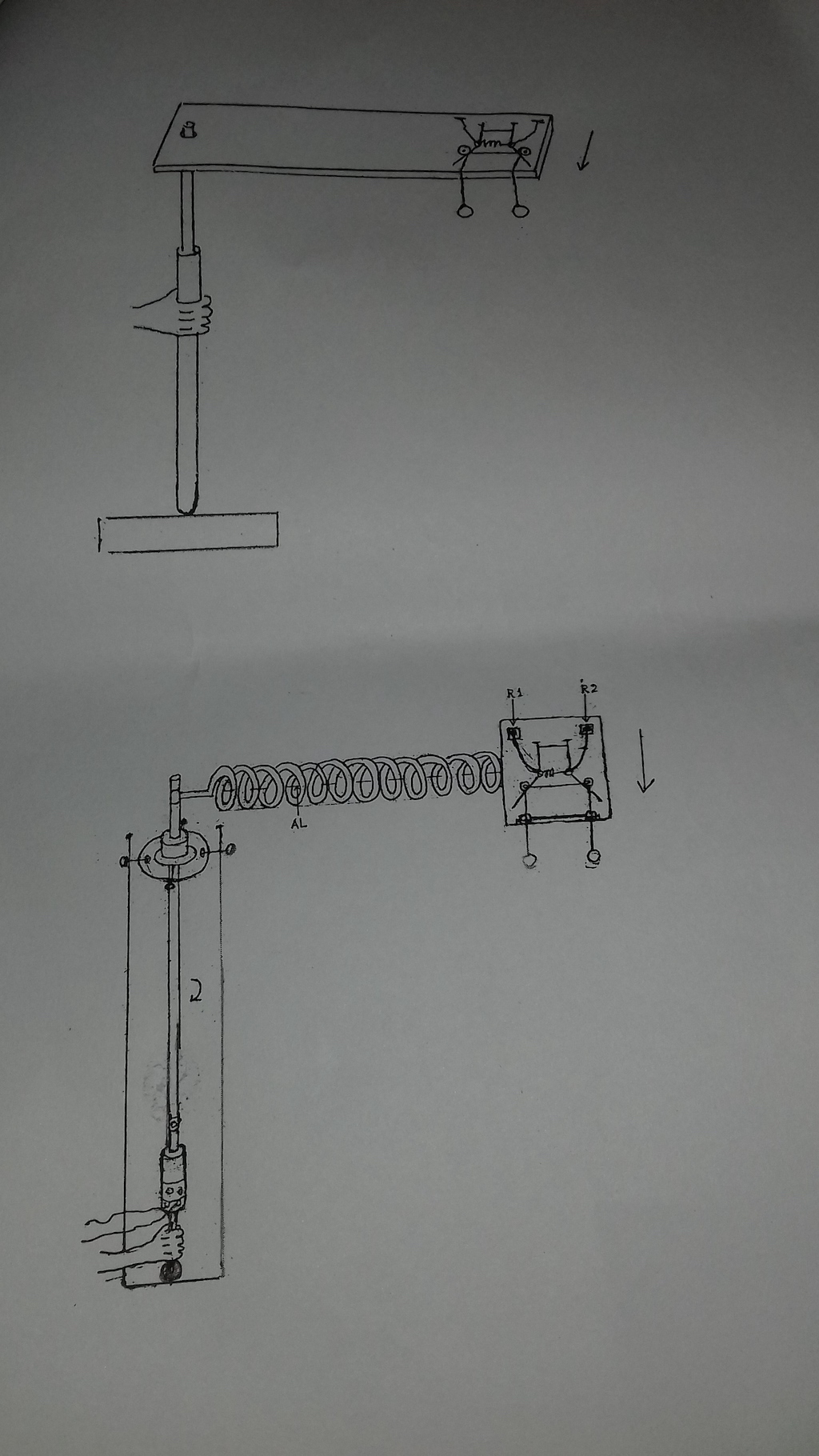 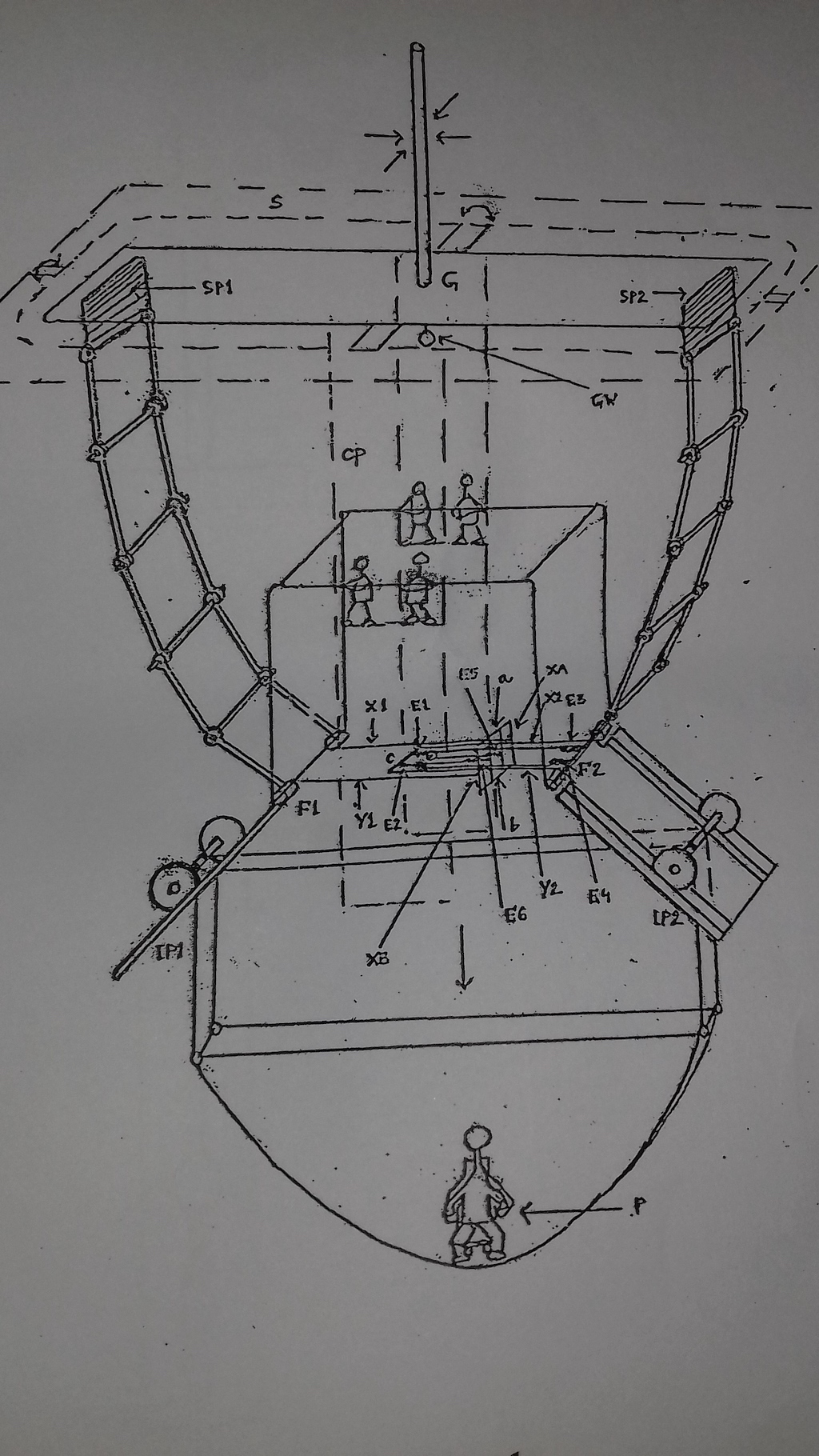 1) As already described in 2017 and 2018 entry a body sliding on an inclined plane can be supported by a thread or support perfectly parallel to the horizontal.The weight of a body that is unsupported even at the position of rest by this mechanism is maximum for a plane of inclination 45°as explained mathematically in preprint manuscript doi:10.5281/zenodo.439108 causing compression of spacetime below and expansion of space time above the supporting surface.Here technical modification is made to support the body by a perfectly horizontal thread or support on a plane of increased inclination by way of pressure by an elastic recoil force.

2) The modification has weight of body sliding on inclined plane IP1 and IP2 of lightweight but rigid material that rotates on fulcrum F1 and F2 and the direction of force on the axis of rotation is changed and multiplied. The two inclined plane gets lifted up by a reference frame dependent force as they come closer to each other in the midline and tends to distend a modified elastic system by a compound pulley system perpendicular to the direction of the applied force without tilting with respect to the horizontal due to active tension on string S manually by hand that connect vertical limb A and B of the incline plane and later fixed by hooks free in the middle.The active tension and the compound pulley system gains in force with loss of distance.

3) The two parts of the inclined plane have an axle at the junction which can rotate on a fulcrum at the end of the special support system made of assembly of equal sized lever each as short as possible linked at frictionlesss fulcrums which permits for free motion in one plane and increases the distance the inclined plane tends to be lifted up by the reference frame dependent force that develops between it and the support as the plane move closer to each other in the midline.

4) If we fix the above mentioned frame which may be modified and fixed by the special support system the active force being weight of a body or elastic distension with the direction of the force changed by a pulley to perfectly perpendicular to the direction of gravity along the breadth of a lever bar capable of rotation about a vertical axis at the other end in a tube like support ,the bar exhibits unidirectional perpetual motion not exlained by idemotor effect.For active balance the tube like support or the rotor of an electric motor is fixed to a modified gyroscope frame by clamp and screws that allows for free motion along two perpendicular axis.The torque generated by the weight of the lever bar can be actively balanced by_ a) a weight attached below the stator of the electric motor and b)remote controlled robotic arm taking mechanical advantage of lever mechanism from the gyroscope frame.

5) The unidirectional force generated is significantly increased by the new mechanism.