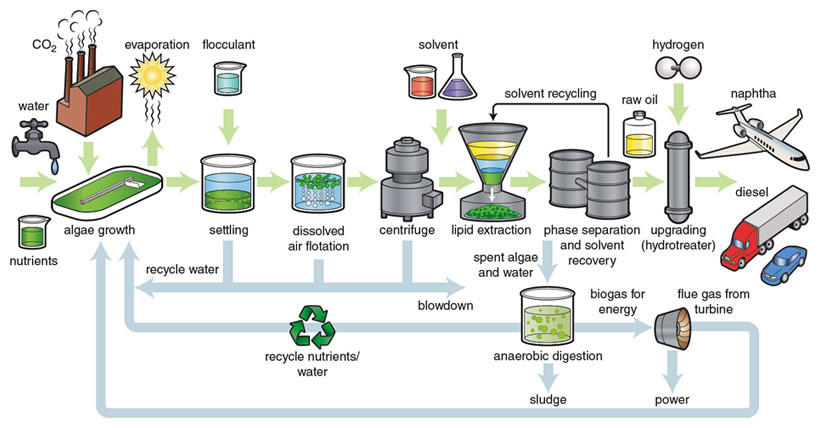 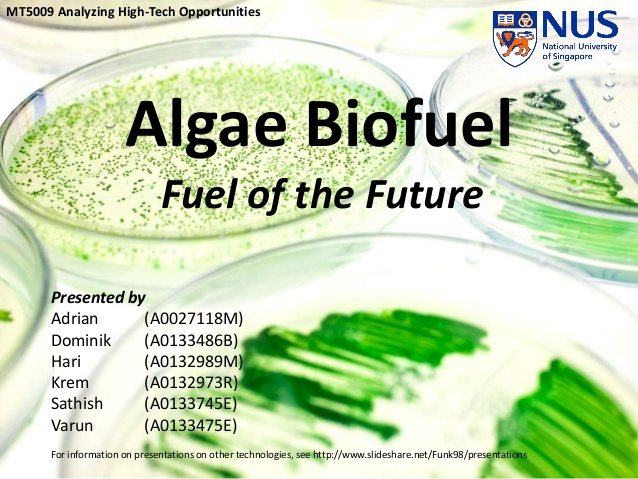 Idea - Near bodies of water (oceans, lakes, rivers) where unwanted algae blooms flourish seasonally, build oil-producing manufacturing facilities which utilize algae that is deliberately produced in or near those facilities as a raw material resource.

The reference below discusses the science behind producing usable oil from algae in a brackish water medium. Other research has demonstrated the same effect in a fresh water medium.

Research carried out by a group led by Professor HASUNUMA Tomohisa and Academic Researcher KATO Yuichi, both from the Kobe University Graduate School of Science, Technology and Innovation demonstrated that microalgae can grow with light, water, carbon dioxide and a small amount of minerals, and that their cells divide quickly, meaning that they can be harvested faster than land-based biomasses.

Many species of algae are capable of producing large amounts of oil (lipids), but this is the first time that researchers have captured the metabolic changes occurring on a molecular level when lipids are produced in algae cells.

Focusing on marine microalgae, Professor Hasunuma's group found that Chlamydomonas sp. JSC4, a new species of green alga, combines a high growth rate with high levels of lipids. The research team developed an analysis method called "dynamic metabolic profiling" and used this to analyze JSC4 and discover how this species produces oil within its cells.

JSC4 has a high cell growth rate, and the lipid production rate in the culture solution achieved a speed that greatly surpassed previous experiments.

Using dynamic metabolic profiling, the group found that the sugar biosynthesis pathway (activated when starch is produced) slows down, and the pathway is activated for synthesizing triacylglycerol, a constituent element of oil. In other words, the addition of seawater switched the pathway from starch to oil production. They also clarified that the activation of an enzyme that breaks down starch is increased in saltwater solution.

The discovery of this metabolic mechanism is not only an important biological finding, it could also be used to increase the production of biofuel by improving methods of algae cultivation. Based on these findings, the team will continue looking for ways to increase sustainable oil production by developing more data.