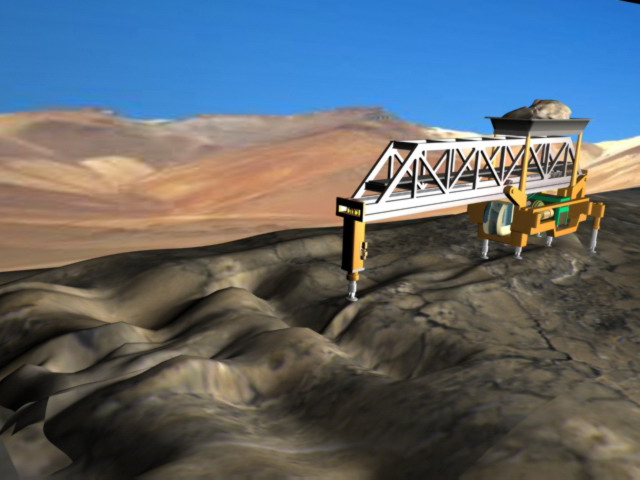 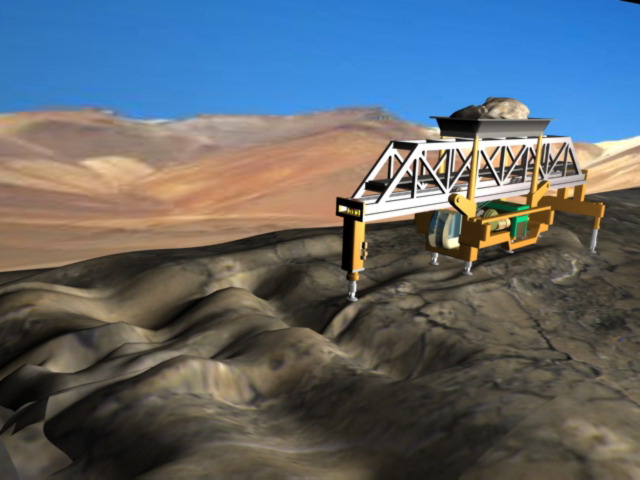 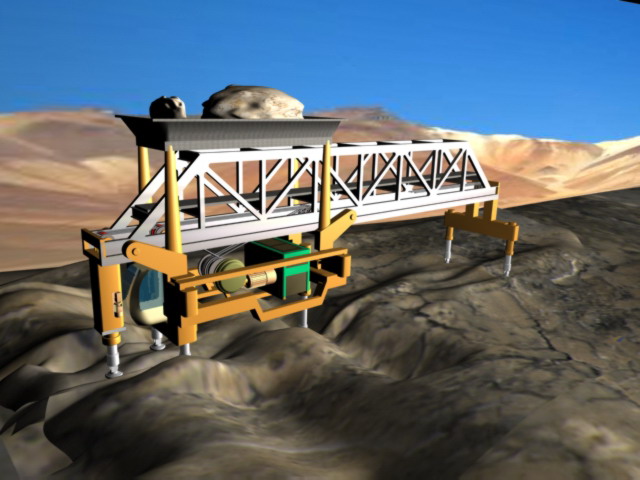 This is a walking type machine in combination of carriage, and a mobile bridge accompanied by a power generator to drive the bridge and carriage alternatively.
The bridge consists of a rigid frame carrying two rail tracks over which the load of the carriage can be drawn on wheels, forward and backward. Both the bridge and carriage are having retractable legs with foot pads to mount on ground during it’s landing on ground alternatively.
Front and rear ends of the bridge are connected by traction cables looped around the pulley attached to traction motor installed in the carriage. So that carriage and bridge are alternatively driven, while the other retract its legs and driven by traction afforded by cables.

This machine is capable of travelling over a considerable span of an obstruction such like a ditch, cavity or bump without stepping in or crawling over it. The electrical cables and communication cables connected to hydraulic pumps, motors and sensors of legs are controlled by the driver from his control panel at the front of carriage.

In order to turn the direction the rear leg of the carriage is accompanied with hydraulic arms connected laterally with is slidable slightly though its rear beam. By adjusting the height as desired according to ground condition this vehicle can travel on any steep path without changing its horizontal position.

The loads and equipments are installed in the carriage while great care is taken to minimize the weight of bridge.