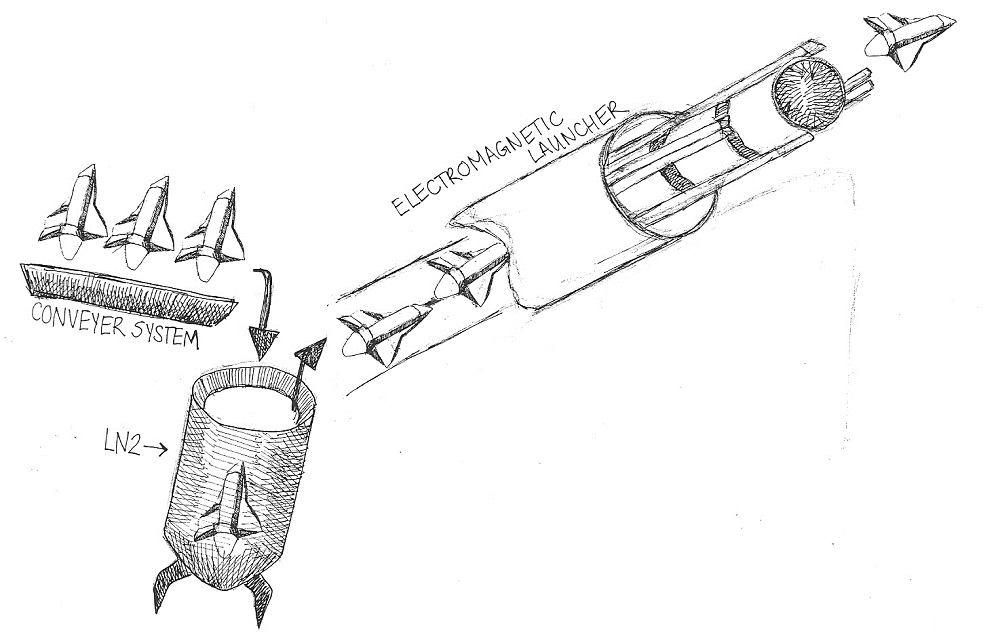 Spraying water or fire retardant on a forest fire is effective. However it is cumbersome and endangers people on the ground or those flying tankers overhead.

Here is another way:

If you ever removed ice from an ice tray before the water was completely frozen, you know that a hard ice shell holds a liquid interior.

That’s the concept of the new way to fight forest fires from a distance by shooting water at it in frozen containers holding about a half gallon of water or retardant, containers that themselves melt over the fire dousing flames.

We would need a source of water and energy generator, close to the fire but not so close as to endanger the firefighters. The water would be pumped into containers which would be dipped in liquid nitrogen just long enough to create a frozen outside shell on the water. By freezing water in the shape of a disk we get an aerodynamic form that would contain a relatively large amount of water with a hard skin just strong enough to survive the launch.

The disk would be loaded into a Skeet launching type mechanism which would launch it toward and above the fire. It’s aerodynamic “Frisbee” type flight would take it over the fire where the heat would melt the thin shell and discharge the water as the shell itself would melt over the flames.

The projectile can also take the shape of a small space shuttle and be propelled above the fire with an electromagnetic catapult with the same result. In a sense, we would build thousands of small, unmanned, water tankers on site that would need no fuel and no lives would be lost if they crashed.

How much water we propel above the fire would only depend on the energy required to maintain the Nitrogen cold enough to freeze the water and for the propulsion to launch it over the flames. Distance and direction would follow the laws of aerodynamics.