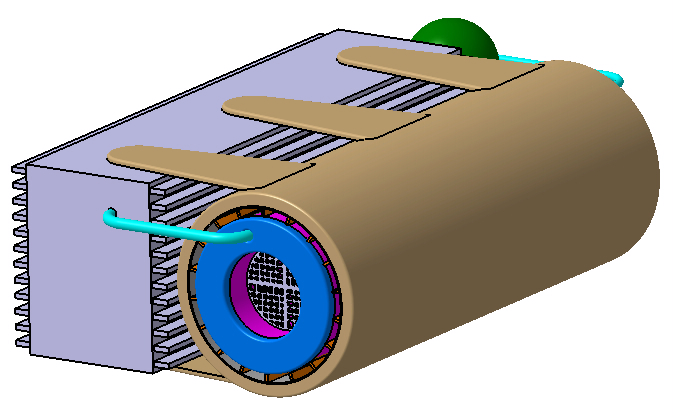 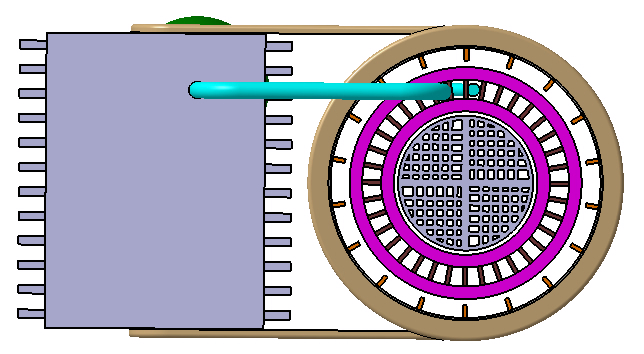 The HVAC of a vehicle today plays a major role in energy consumption, being the second highest aggregate to consume the battery and power, thereby reducing the fuel efficiency and charge, in either petrol/ diesel or hybrid EV's.

Also it is a heavy unit, consuming a lot of space at the centre of the dashboard, resulting in weight addtion and indirect weight addition of reinforcing the zone of HVAC.

The design that I have developed is using peltier deivces and a combination of those along with some other forms of generating heat. The peltier devices or Thermoelectric devices are till today are low of efficiency with a Zt value of less than 2. However progress and breakthtrough is expected in the next two to three years with ongoing researches all around the world. The devices today are flat panel small and expensive hence not used.

However in my design the peltier devices are cylindrical in nature and arranged one inside the other. the device when given current, heats up on one side and cools on the other side, the efficiency of cooling depends on the efficiency to absorb and transmit heat. the advantage is precise control of temperature and power. The cylindrical deivces are connected in reverse polarity. if the outer TED emits heat on the outer side and becomes cold on the inner side, the inner TED becomes cold on the outerside and emits heat in the inner side. the zone between the two cylindrical devices are either supercooled or superheated. Since these devices are designed to be cylindrical, they act as a duct. Air is blocked to pass between the two ted, it can only pass above the outer ted and inner the inner ted. air is then either heated or cooled depending on the passenger needs in the car.

If there is additional need of cooling or heating, heating paints can be used which become wwarm due to supply of power and cold mist for additional cooling.

The centre of the two core TED has a channel form through which encapsulated phase change material flows which takes away the heat, tranfereing the heat to one more sink of PCM in a seperate box. this doesnt allow the system to overheat and provides better cooling efficiency

Figure 1 shows the sytems configuration , the duct form of HVAC with the two ted within and a epcm sink at the side.
Firure 2 shows the TED configurations in pink circles one inside the other and an external plastic casing in brown.