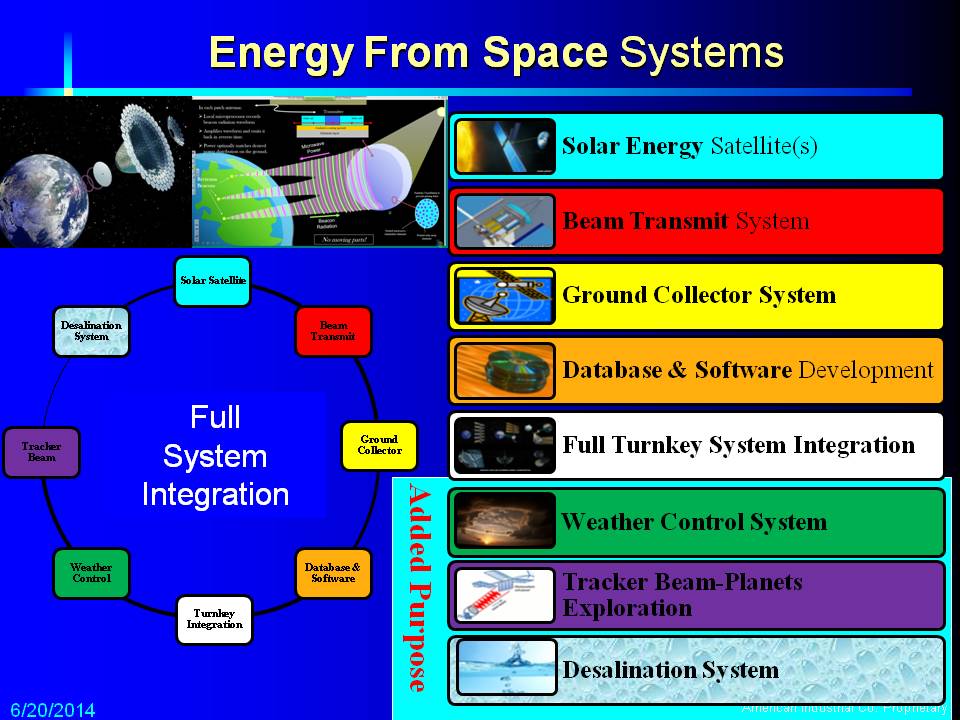 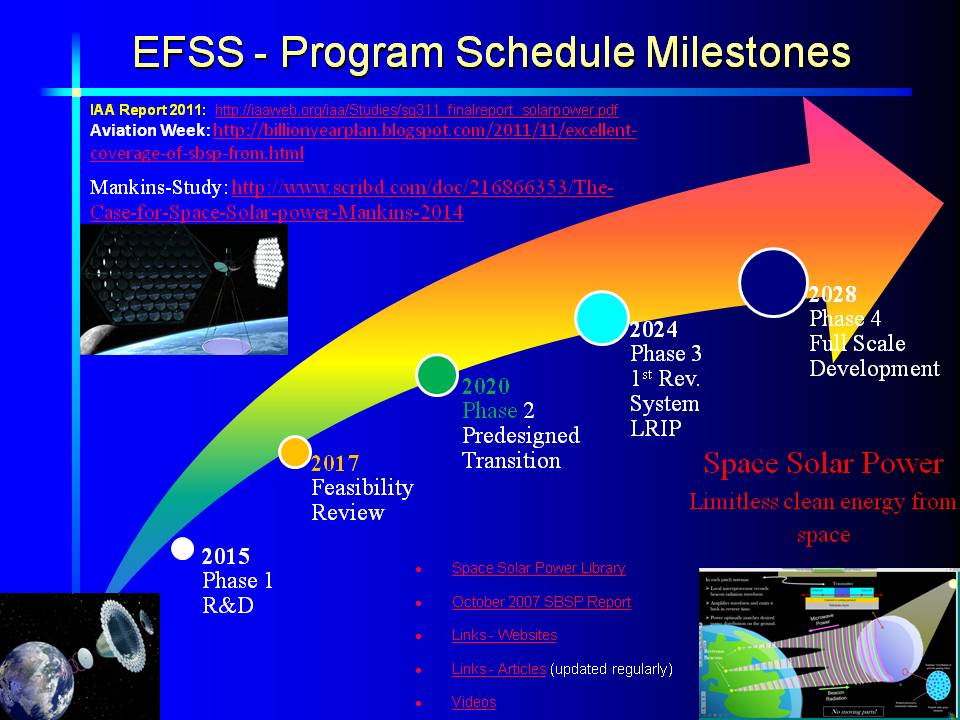 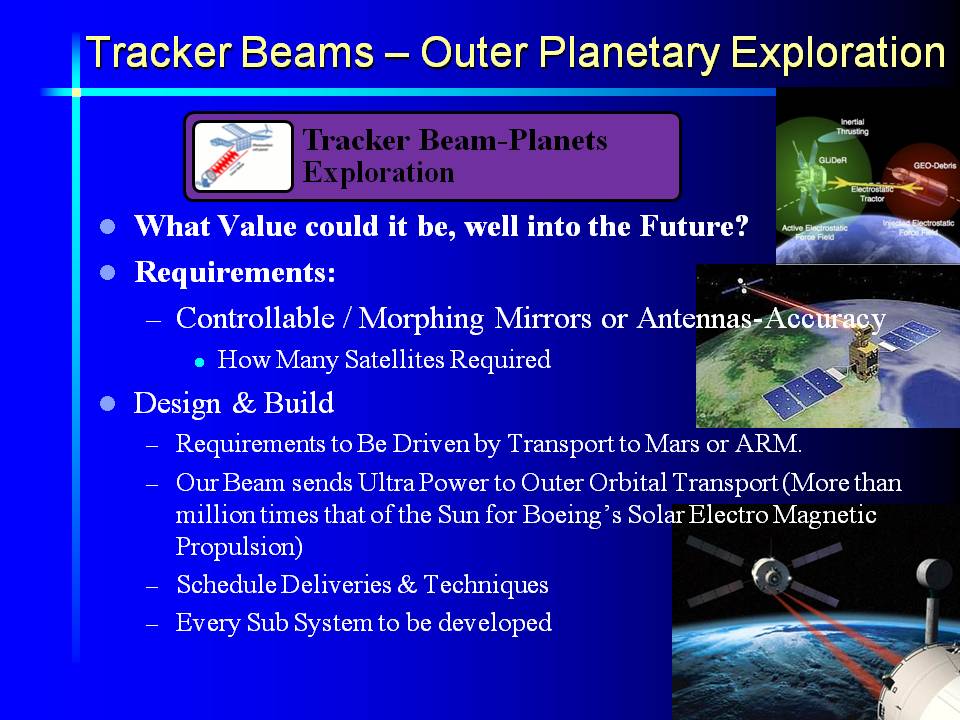 Energy From Space Systems aka, Space Solar Power refers to the concept of a space system that collects solar power via photovoltaic & mirrors then transmits it to ground collection stations using visible or microwave radiation. Most important to me & US is to back the US Dollar with the Future of Energy & Economy. Building the Space Solar Power Transmission Systems with >200+ Smaller Satellites with morphing mirrors can produce over 25 -50 Terawatts and power most of the entire World for many decades & centuries. In addition we can beam down the power via lasers and create efficient, affordable desalination salt water to places worldwide.

We can also start to control/tame weather by overlapping beams/rays and even some known frequencies causing convection and using upper currents to move it to rain where there are droughts including eliminating tornadoes & bad hurricanes. We can make Space Death rays for vaporizing threats from space (similar to Reagan’s Star Wars dream), also vaporize those threats which cannot be captured (space debris), additionally send a beam out to our Mars or outer planetary transport.
old SSP+Presentation: http://www.scribd.com/doc/229078981/Energy-From-Space-SSP-June