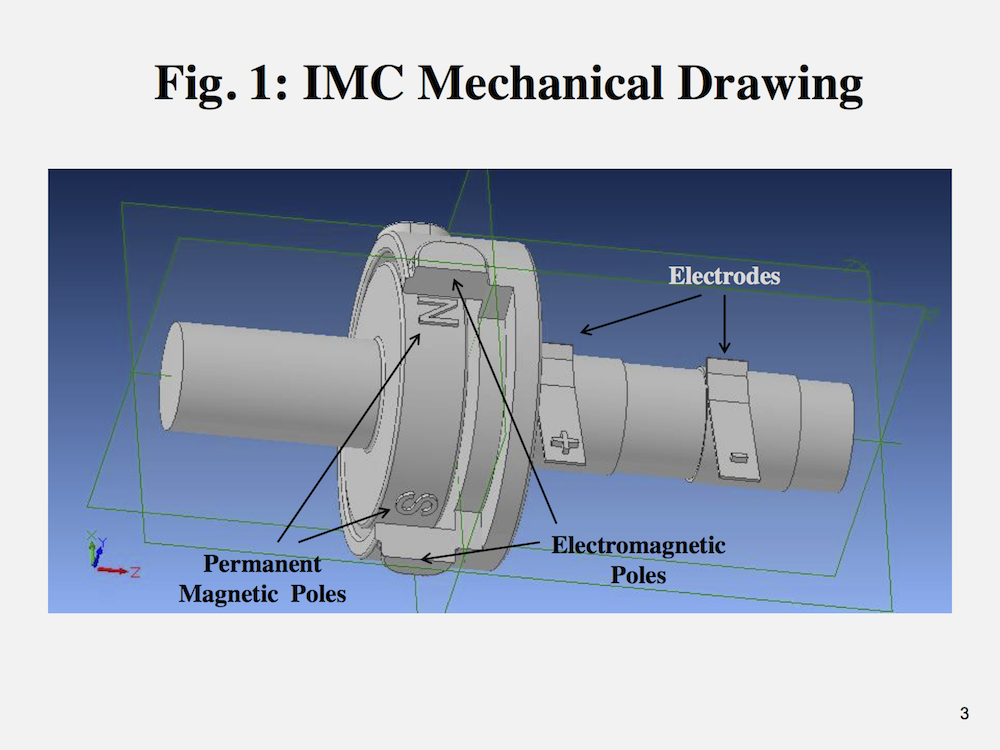 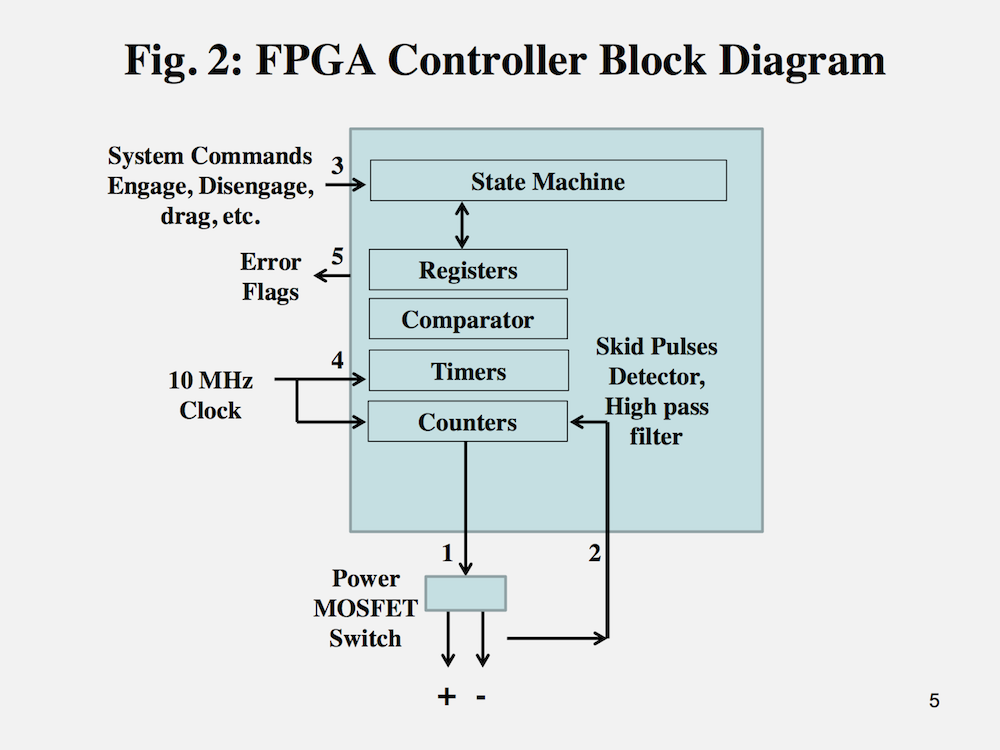 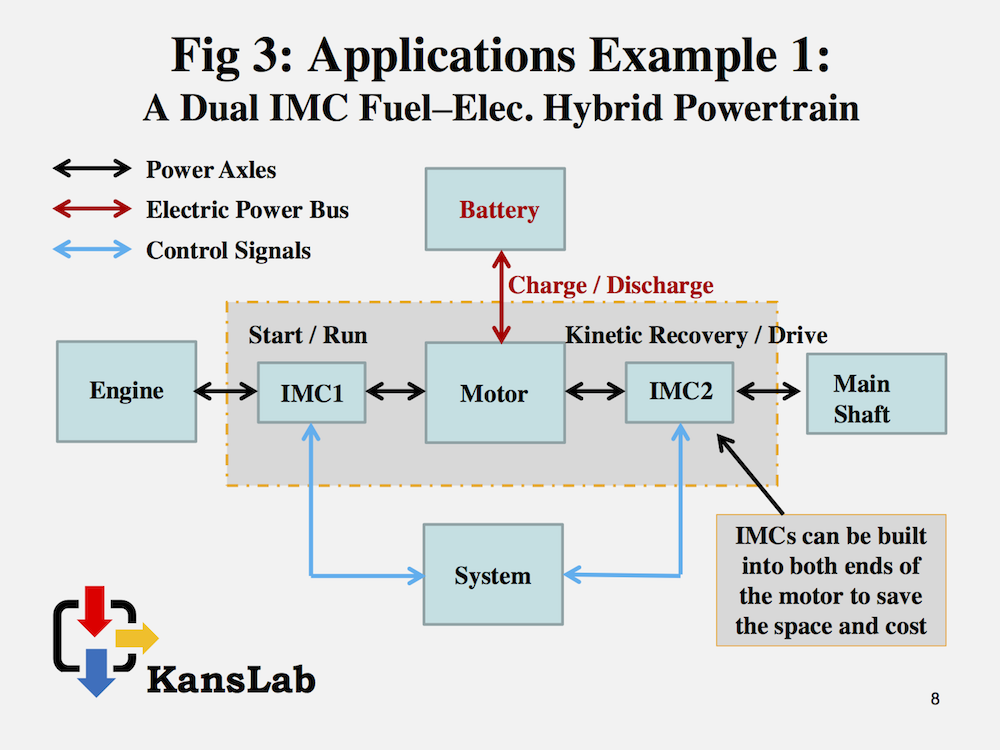 Smoothly interlock two independent power devices has been a challenge for mechanical designers. Toyota Prius with its synergy technology demonstrated a successful example. By using a planetary gear box, Prius is able to coordinate the interlocking between engine and motor smoothly, however a little heavy and expensive.

Induced Magnetic Clutch (IMC) is designed to smoothly interlock axles of two rotational power devices such as engine and motor. Faraday's law states that moving a coil near a stationary permanent magnet causes an induced current to flow in the coil. The induced current can be maximized if the coil is shorted. Similar to a stepping motor but in reverse (generator) mode; IMC uses motion differential between two rotational axles as power source to self generate the induced current and magnetic force to interlock each other. IMC is structured with two groups of closely located permanent magnetic (PM) poles on one disc and electromagnetic (EM) poles on the matching disc with no physical contact (Fig. 1: IMC). Any rotational motion between the two axles will create induced current which generates magnetic force opposing the motion according to Lenz’s law. For EM coils, maximum induced current occurs with the coil circuit loops closed (shorted). Else, if the coil loop circuits were open, none of induced current would occur. IMC uses a controller with a power MOSFET switch to modulate the induced current for EM coils in order to control the induced magnetic force between PM and EM poles. The controller is built with a real-time state machine in a flash memory based Field Programmable Gate Array (FPGA, see Fig. 2). After receiving the “engage” command at Pin 3 from the system, the state machine detects the skid pulses at Pin 2. Depending on the status of skid pulses, the state machine outputs signals to drive the power MOSFET at Pin 1 and starts the interlocking procedures. The MOSFET device is operating in Pulse Width Modulation (PWM) mode to handle high power loads.

IMC self generates the interlocking power, it's compact and light with many applications such as hybrid vehicle power-train, robotic joints, smart breaks and power-train for automation. Manufacturing of IMC is similar to stepping motors.

IMC may have global market for various fields such as auto, robotic and automation industry,