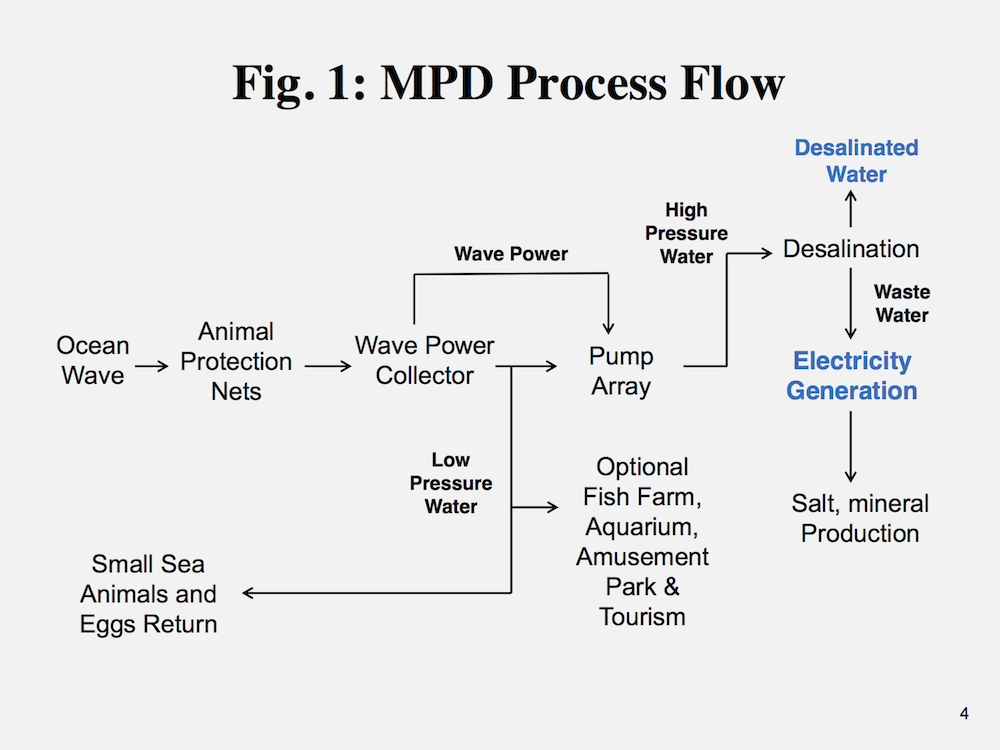 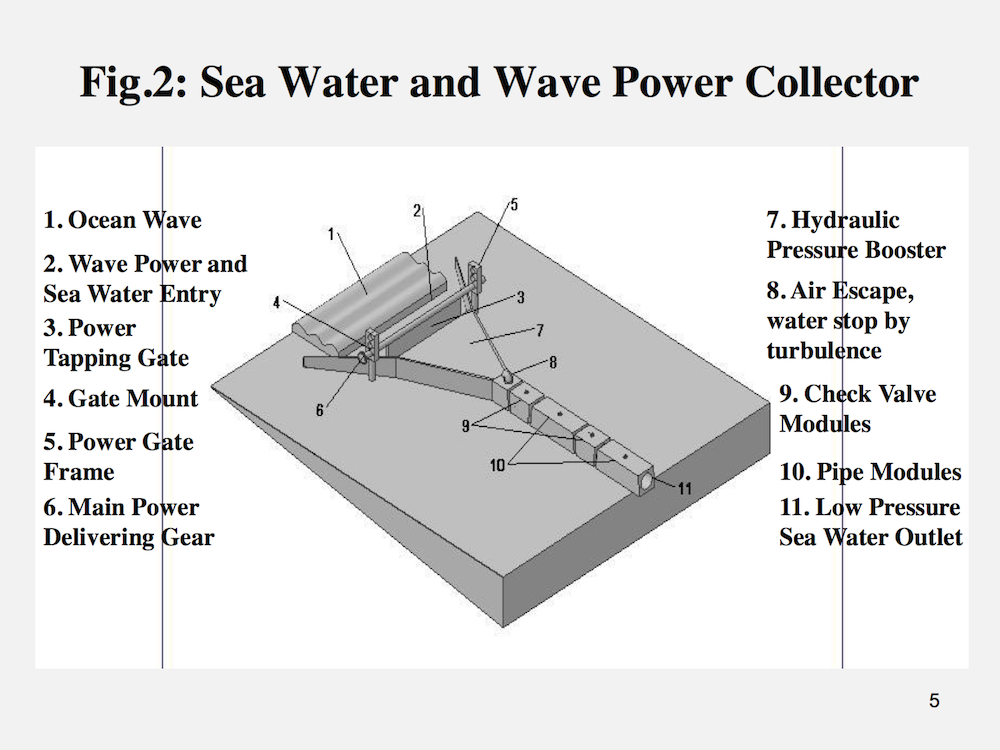 Main facilities are located in the tidal area, that minimizes under water construction, and also operational and maintenance costs. Sea water is pumped to high land or tower by pump array powered by wave energy to create high hydraulic pressure required for desalination. Waste Sea water is used for electricity generation and salt/mineral production. The generator is located far above the sea level and hence is safer and easier for access. Sea animals are protected from entering the wave collector with nets under the sea level. Small sea animals and eggs return to the sea by over flow and under path (Fig. 2).

Estimated Power Generation Capacity:
Wave power generation capacity is governed by wave resources available and its applications are subject to local terrains.
As an example, a report per Ocean Energy Council Seattle Washington shows that an average 4-foot high, 10-second wave striking a coast puts out more than 35,000 horsepower per mile, which translates to 16,220 Watt (W) per meter (m). For the proposed 100m wide collector, with an assumed total efficiency of 60%, 973.2 KW can be generated. This suggests that a proposed 10 collectors array across a one mile coast has the capability to generate 9.7 mega watt power.

Estimated Desalination Capacity:
A white paper from Water Reuse Association; energy required to desalinate 1,000 gallons water is estimated at about 10 KWh. Energy generated from the proposed design across a one mile coast, if all used for desalination, may produce 23 million gallons or 69AF of desalinated water per day.