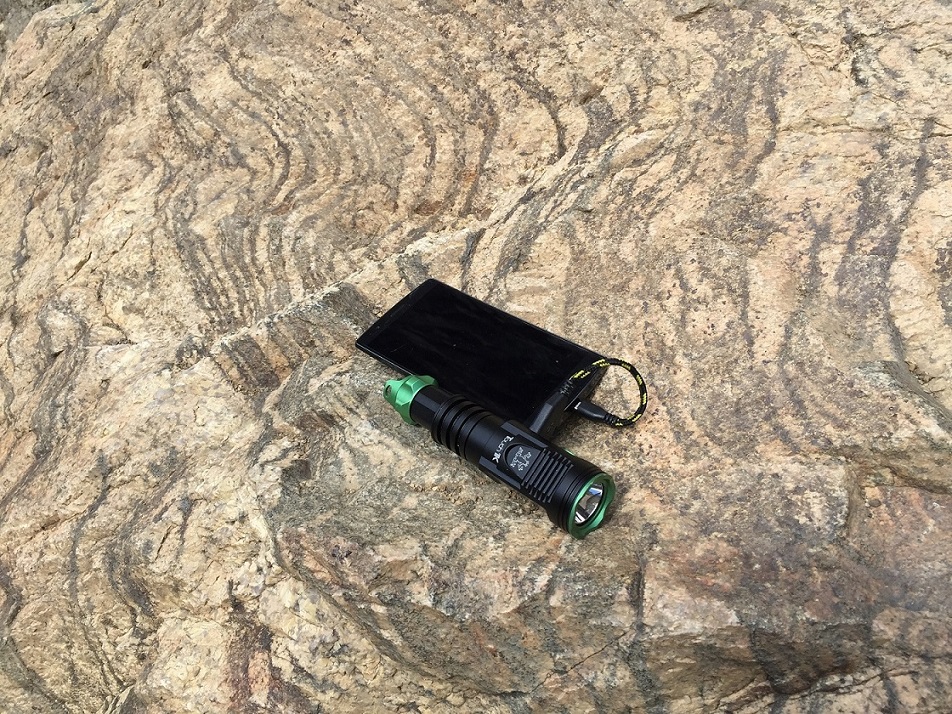 We designed a flashlight with the idea of attaching it like a GoPro to surfaces and move seamlessly between the mounts for hands-free use, while making it a flashlight that was practical and easy to use with one hand or while attached to a mount.

What makes it easy to use:
We incorporated a touchscreen on to it for ease of use like IPod did to the MP3 player. The touchscreen was a component that we found another flashlight using and tested its durability. The touchscreen component was pressure reading so that it can work with gloves and waterproof. The choice to use this component came easy when we learned how durable it was and that it was going to make it easy to operate the light in any condition.

Why is it the most practical:
We researched the highest power density battery available on the market and include it with the Touch 1K...and why use the power packed battery and not be able to use it for other things? A charger was added so phones and other USB devices can share the battery. We also designed the light with the best LED available so it is efficient with the energy and extremely bright. Nine out of ten lights that we have tested had poor heat transfer from the LED, which reduced the life and efficiency. We solved this by mounting the LED directly to the aluminum housing with heat fins.

A groove was added to the head of the light to give a secure way to attach lenses and the specially engineered diffuser cap that turns this light into a lantern. The diffuser cap was no easy thing. Several materials, shapes and attachment methods were used to get where it is now. The diffuser cap puts off roughly the same amount of light as a 60W light bulb and makes it so that there is no need to have a big and bulky lantern. It also works great for photography lighting and product pictures.

Many times when a flashlight is needed, it’s left behind and just use their phone light. Because the Touch 1K charges your phone, it is much more likely to be with you when you need it, and even save phone battery by not using its light. A strike bezel was added for a level of self-defense. We hear a lot of stories of runners attacks with no defence, which is why smart runners take spray with them. This light will serve as both a light and defense.

Manufacturing:
In designing the light, we worked closely with a manufacturer for manufacturability so we have manufacturing already solved when the design was complete. Everything is ready to go at this point but the funds to build the first order quantity. We are engineers and know little about marketing and have been self-teaching ourselves to get this fully developed light out to the public.