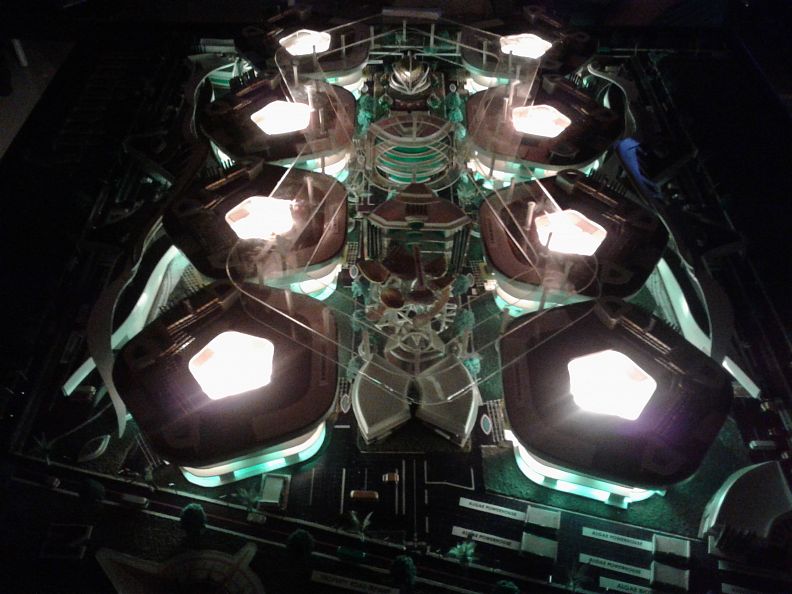 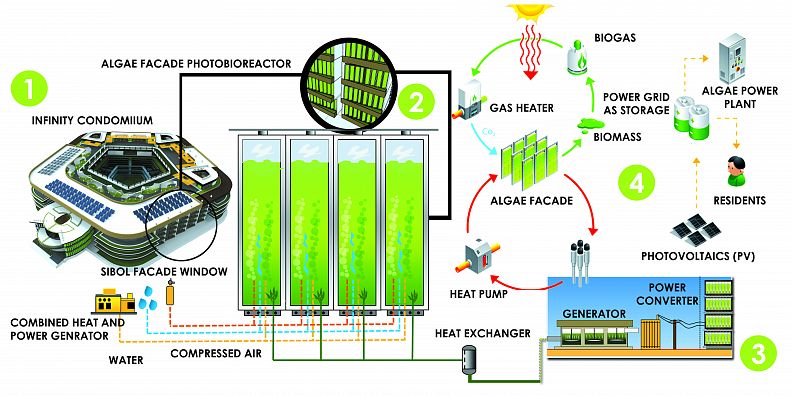 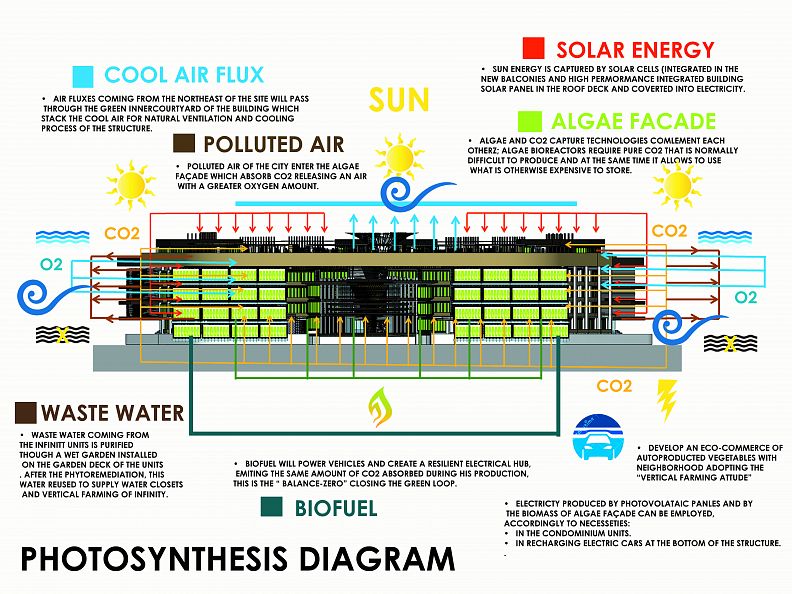 The solution for today’s issue is a habitat dependent on the international energy and water grid. The Urban Living Generator began with a brief in developing and conceptualizing of sustainable vertical housing design for Cabanatuan City by embracing the SIBOL Project or Sustainable and Intelligent Biosphere for Optimistic Living . SIBOL is a system for light collection and its components, hydrogen producing system and the intelligent algae panels. SIBOL works to preserve natural habitats and build an atmosphere composition in balance by promoting sustainable development and renewable aid in developing regions.

Calculating an estimate for the total amount of energy produced through the SIBOL Project was achieved through consultation with, biologist at the University of the Philippines- Diliman Quezon City and National Institute of Molecular Biology and Biotechnology and Laboratory Facilities for Advanced Aquaculture Technologies (LFAAT or Biotech Laboratories). Through this collaboration a tripartite energy extraction strategy was identified as releasing the optimal potential from the algae. The SIBOL system released through the extraction of lipids (oils) and bio-gas (through the processing of algae biomass in an anaerobic digester). To convert these oils and gas to useful electricity, a catalytic-reactor based fuel processor converts the oils to hydrogen. This hydrogen, combined with that produced directly from the algae, is converted to electricity and heat in a hydrogen fuel cell.

INFINITY applied this science as a conceptual system model of algae architectural panels adapted on the habitat units for the potential energy in hydrogen, biodiesel, biomass to create an off the grid habitat in the year 2020. Through this project, it shown that the integration of algae as an energy generator within a habitat is not only feasible, but that co-habitation can result in a self-sustainable symbiotic system and open up many exciting architectural possibilities for green living.