Saving the Climate and the Budget - A Sustainable Personal Transportation System 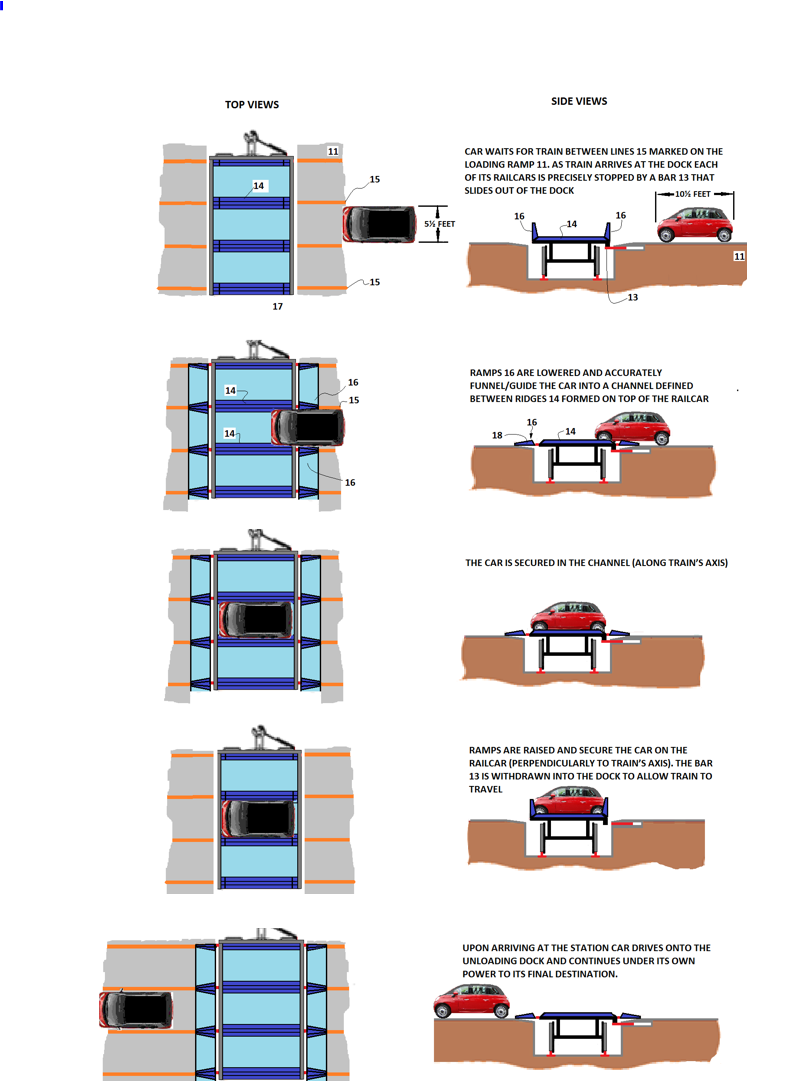 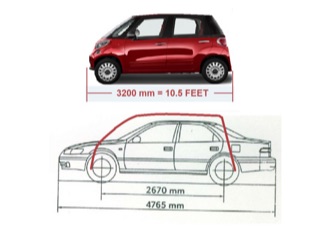 Here is a “door to door” transportation system that preserves all the beloved features of our cars while, at the same time, drastically cutting energy usage, emissions, costs, commute time and other inconveniences of present day driving.

So, what does this system look like? A person still owns or leases his “Car.” It is roughly ⅓ shorter, lighter and less expensive than a current car yet its passenger compartment is not shrunken. It can be an EV or ICE driven. He obviously uses his Car for his local driving. When he has to commute into a congested urban area, or to another city, he drives his Car to a local train loading-dock, to a slot that he reserved thru the internet. When the train (which consists of or includes flatbed railcars equipped with integrated ramps) stops at the dock, the ramps open. All the Cars that are waiting on the dock to board simultaneously drive onto the railcars while the Cars that need to disembark drive off (please see video.)

The boarding/disembarking process at the dock takes less than a minute (not to be confused with Amtrak’s “Auto-Train” loading that take hours.) Now the user rides, piggybacked in his Car, until he reaches an unloading dock close to his destination. He then disembarks and drives his Car to his final destination where he parks (using substantially less parking space.) The end result is that commuting to work, or traveling to another city, would be substantially quicker and more pleasant. He can also carry passengers, luggage and the usual “stuff” that he likes to keep in his car.

While whizzing piggybacked, the Car will travel 400mpg @ 5₵/mile , i.e., reducing fuel use, green gases emission and cost by more than ¾ compared to a standard car or an airline seat. Additionally, the system will sufficiently unclog the roads so that trucks and cars that don’t use the Car/Rail System would also benefit because the system’s passenger carrying capacity is additive to the current transportation system whereas, EV per-se, simply replace a heavy ICE driven car with a heavier and costlier EV.

The Car/Rail system would also readily replace short distance flights, especially in the heavily traveled east and west coastal corridors and, either corridor would make an ideal place to demonstrate this system. Obviously, as US trains’ speed increases the appeal of the Car/Rail System vs. air travel would further increase .

Thus, the Car/Rail System makes the efficiencies of trains available to most ground commuters and to airline passengers, whereas a convenient train service is currently only available to the very few lucky ones who live and work within a walking distance from train stations.