There are millions of vehicles on the road in the world, and each one is a source of air pollution. Especially in large cities, the amount of pollution that all cars produce together is creating big problems to environment which has hazardous affects on human as well as animal life.

Advancements in technology had made people to afford car easily, which is a good thing for comfort. At the same time,increase in usage of vehicles especially cars led to increase in pollution with harmful emissions such as Nitrogen gas (N2), Carbon dioxide (CO2), Water vapor (H2O), Carbon monoxide (CO), Hydrocarbons or volatile organic compounds (VOCs) , Nitrogen ... 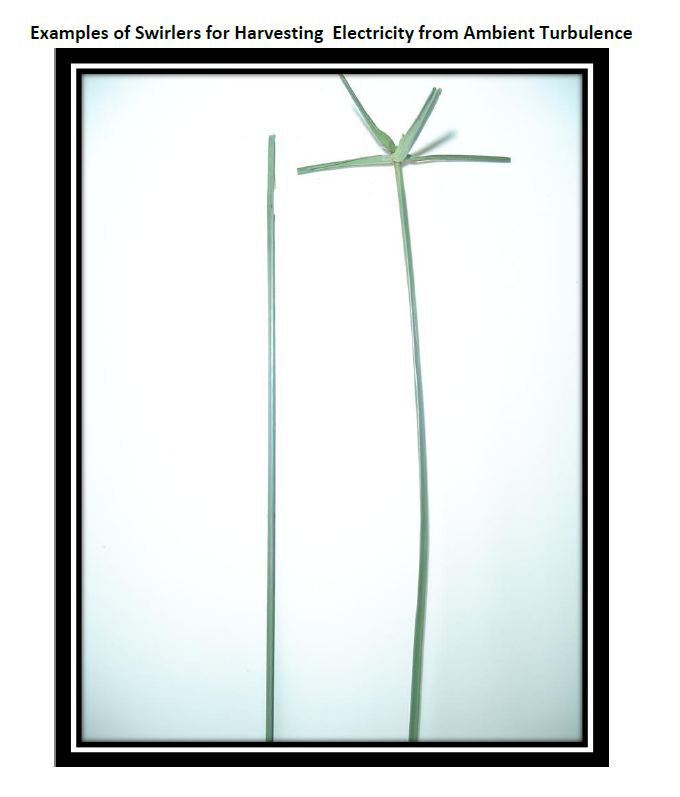 As anyone knows who has changed a tire along a busy roadway, an incredible amount of turbulence is created by external airflow over and around passing vehicles. This turbulent air is an untapped, kinetic-energy resource; though, it is difficult to harness due to the chaotic intensity and irregular vectors of the energy. A system—HEAT—is proposed to convert vehicular turbulence into useful electric current. This “free” electricity can offset costs of electrical needs such as lighting of roadway features, facilities, or operating systems. Public benefits will accrue from reduced operating expenses for transportation systems as well as improved safety from expanded lighting along roadways.

The HEAT system consists of multitudes of “swirlers” which will flex, bend, and sway, as ...

The unique HEX Curtain is an innovative way to control the light and heat inside a building with an attractive covering that automatically responds to the exterior natural light and alters its shade appropriately. The curtain's kinetic approach moderates light and heat into the room and brings dynamic design into the interior by making a kinetic light show out of your window.

The banks of shades are composed of individual petals, each pivoting from the bottom of a hexagonal grid and attached to the adjacent one with a threaded connection.

Each horizontal row has its own actuator motor which, with the help of a photo sensor and programmable micro controller, opens up and rises with the sun. The effect ... 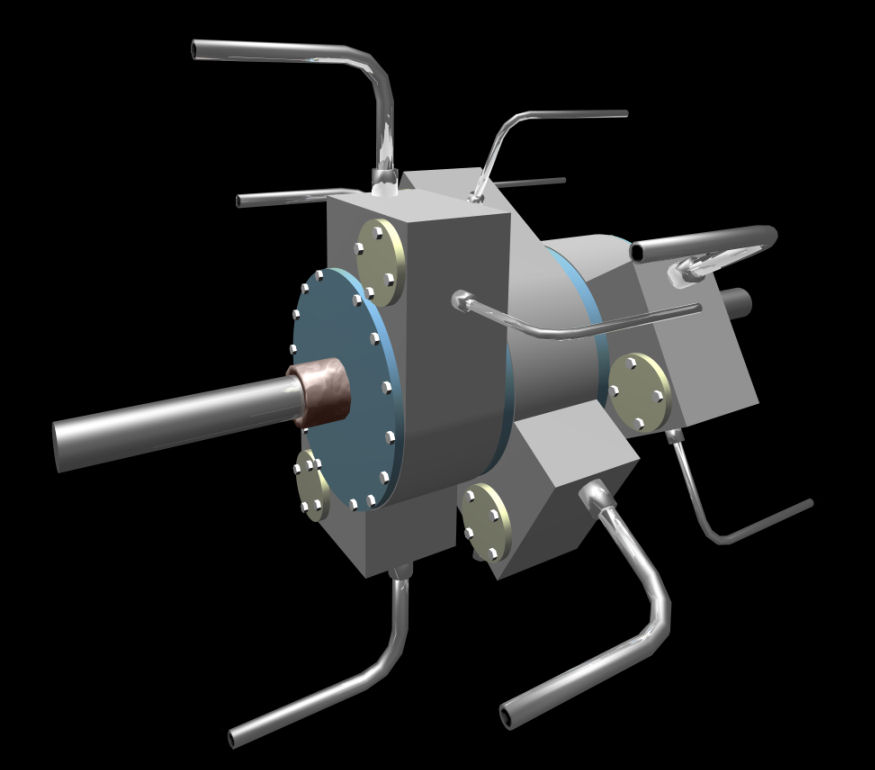 If public and private transportation vehicles were powered by an engine which would be significantly more economical without sacrificing power, less costly to manufacture, less costly to maintain, quieter, and naturally low in all forms of vehicular emissions, the quality of life would be greatly enhanced.

Our engine uses a method of external combustion proven over the past half century to be 99% efficient in power usage and naturally free of particulate pollutants. It is capable of running on any combination of Gasoline, Diesel, Natural Gas and Alcohol while meeting the standards established by the California Air Resources Board.

The engine itself uses steam as an efficient energy carrier..

Highly Efficient “Little Engine That Can” 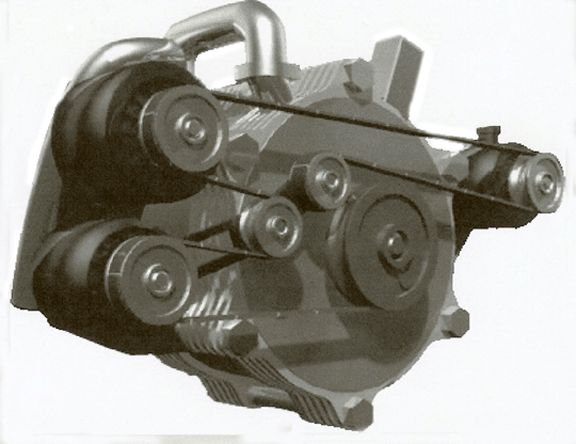 The reciprocating engine has been a paradigm for industry and a touchstone for engine technology for over one hundred years. Engines used today though, are only five to seven percent mechanically efficient at best. They expel more than 75% of the thermal energy of its fuel out the radiator and exhaust! Wasted! Roughly 26 million of them are put into operation each year in the U.S. NOT INCLUDING Automotive, Aircraft, and Marine applications. We need to stop and think about what this is doing to our environment, and for generations to come! Is there a better way to use this energy? 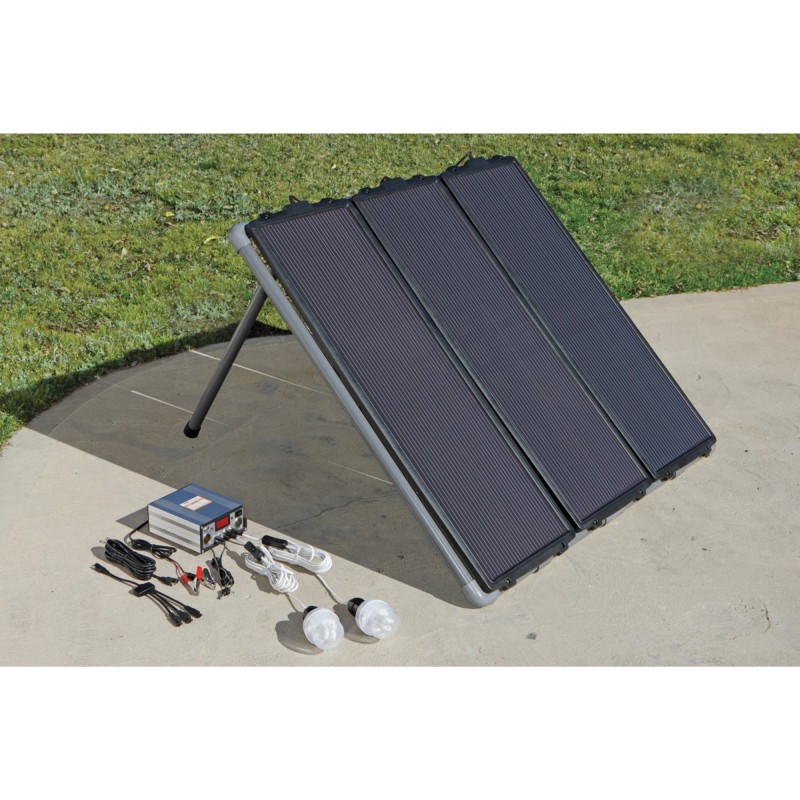 I suggest that we combine infrastructure elements; ie: topping the sound barrier walls that buffer neighborhoods from traffic sounds with solar panels. These walls are supported by metal I-beams footed in concrete.

East-west highways (Interstate 70-80-90) have at least one wall facing south across lanes of traffic. This power could be fed back into the grid through the same infrastructure that is used to power the lighting system.

The value from the energy produced could be used to offset the cost of energy that taxpayers pay for lighted highways. Each panel of the THUNDERBOLT MAGNUM SOLAR system that is sold by the Harbor Freight is aproximately 1'x3' and produces 15 watts @ 12v. My daily commute is flanked by ...

The idea is to provide lower installation cost and higher efficiency alternative to solar updraft tower. 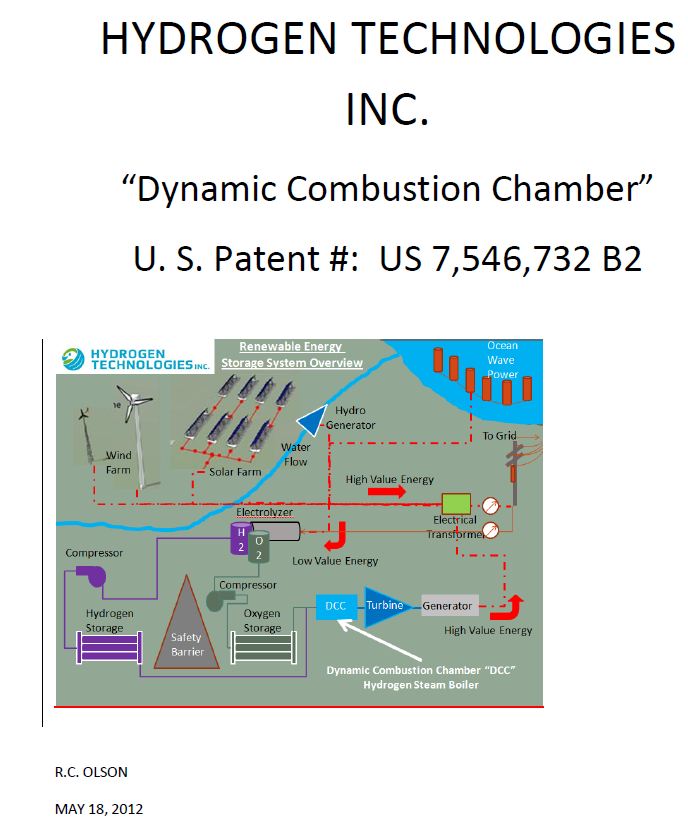 Hydrogen Technologies, Inc. (HTI) has developed, proven and patented technology that makes the storage of large amounts of electrical power not only possible but also economically attractive. This technology has the potential to catalyze and sustain a major paradigm change in the electrical power industry. Fundamentally, the Company combines hydrogen and clean energy technologies, such as wind, solar, or wave power, to create pollution-free, low
cost, endlessly renewable energy on a mass scale.

Hydrogen Technologies is now ready to launch the commercialization of this powerful ...

The Team aim towards designing, validating and fabricating a three wheeled hybrid human powered electric vehicle driven by two drivers, which has a capability to act as a good viable option for city local transportation. The vehicle would be capable to be driven simultaneously as well as alternatively by two drivers. Team designed the vehicle keeping ergonomics and value engineering in mind. The vehicle is designed to give high performance at a lower rate. The vehicle thus design is capable of carrying two riders, of 6’3” height and weighing 113.4 kg. Our Vehicle further is designed keeping in view the future aspect for which bio filters for rural Indian population and innovative battery charger for city conditions are design. ...