This design idea is a speed change mechanism that mainly brings the possibility of high efficiency, than avoiding power losses, usual characteristic of mechanical transmissions. For example in the car industry, the automatic transmission and the associated drivetrain usually consume about 20 percent of the engine's power and a manual transmission takes about 16 percent of the power. 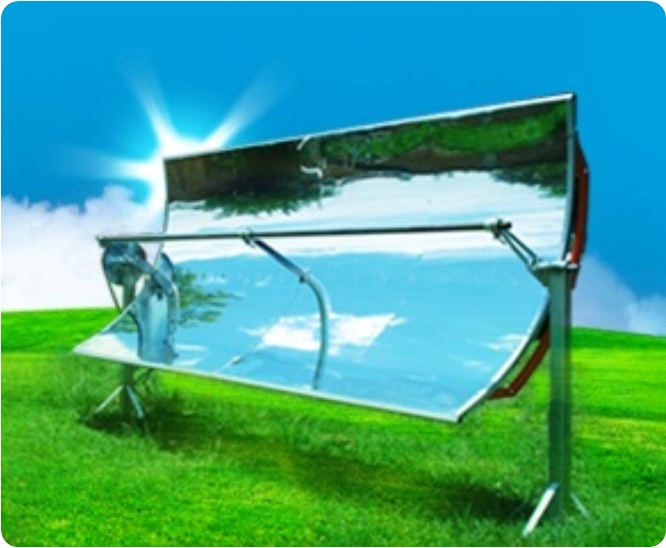 PROBLEM DESCRIPTION: In our modern and globalized world the dependence on fossil fuels for industrial and commercial companies is continuously increasing, gas, diesel or fuel oil #6 are of common use among this type of companies and they have serious problems to estimate long term operational costs due to fluctuating fuel prices and pollution problems due to CO2 emissions.

Discussions for the provisions of manned lunar or Martian bases often center around the placement of various types of early stage settlement habitats, ranging from the cylindrical surface based “tuna can” of the Mars Society to an adaptable and expedient deployment of lightweight inflatable or aerogel rigidizable structures. Most observers consider that the most suitable types of longer term bases should be located underground, providing natural protection from radiation, extreme temperatures, and enabling the potentials for durable and long term life support installations and well defined operational systems. Justifications and motivations for the various habitat profiles are multiple, considerations being variously restrained by payload capacity and expediency factors. Even so, it is very probable that the designation of incremental ... 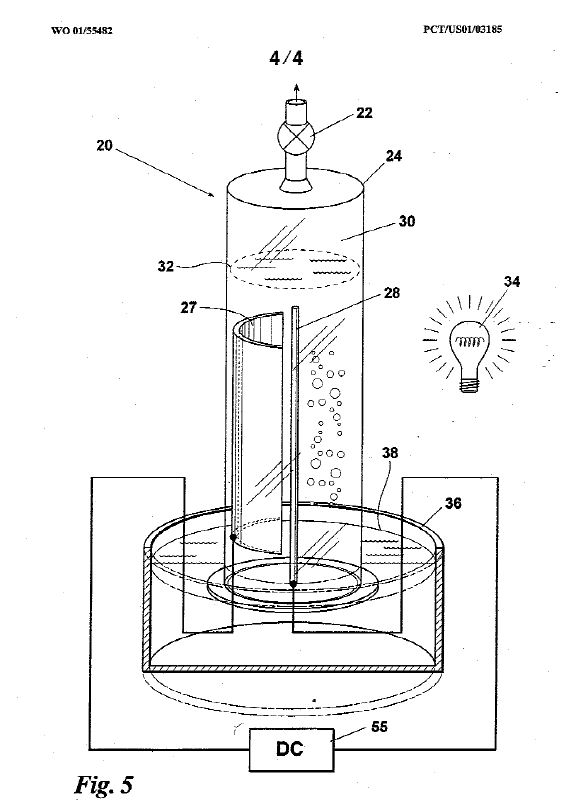 To date, hydrogen generation for fuel cells has required electricity generated by burning fossil fuels or inefficient solar cells. This invention (US Patent 6,843,903) enables electrolysis of water using the energy of solar photons to partially replace the energy of the applied current.

While most solar photons do not have the energy to split water into hydrogen and oxygen, in this process the photons assist a lower than normally required potential between the anode and cathode in an application of the photoelectric effect. The energy of the emitted electron is increased by an electric field imposed between the cathode and the anode. The large surface area of the cathode is treated to form a finely divided metal ... 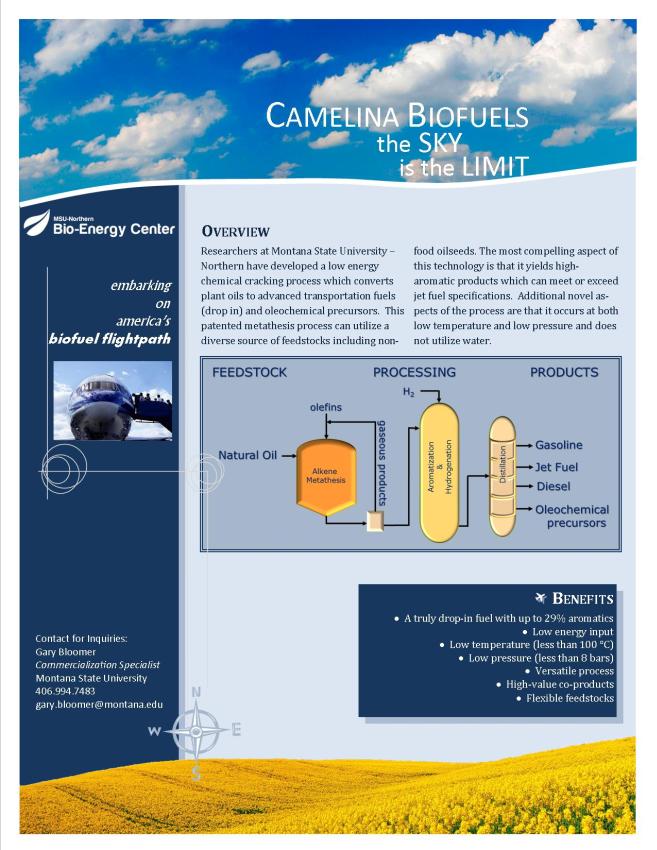 Overview: Researchers at Montana State University – Northern have developed a low energy chemical cracking process which converts plant oils to advanced transportation fuels (drop in) and oleo-chemical precursors. This patented metathesis process can utilize a diverse source of feedstocks including non-food oil seeds. The most compelling aspect of this technology is that it yields high-aromatic products which can meet or exceed jet fuel requirements. Additional novel aspects of the process are that it occurs at both low temperature and low pressure and does not utilize water.
Patented Process 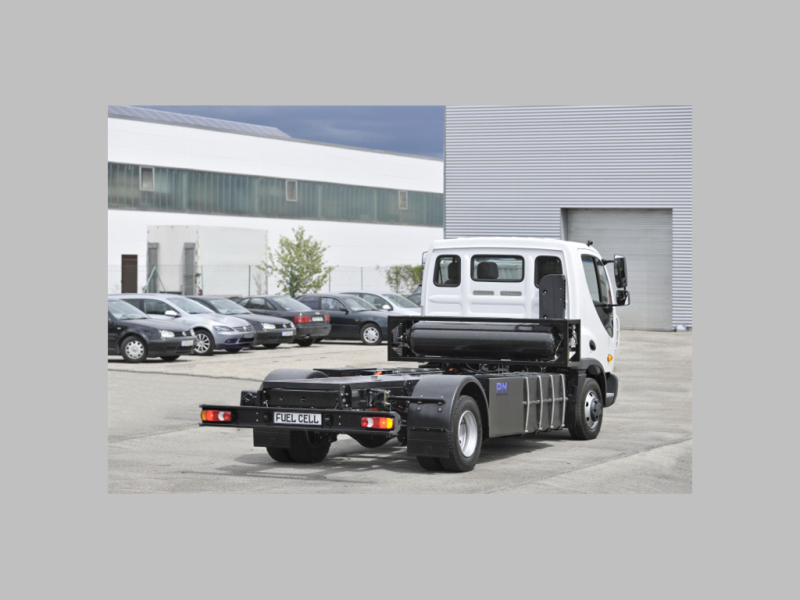 Proton Motor Fuel Cell GmbH has worked for many years in the field of fuel cell technology and developed innovative solutions in the stationary as well as in the field of maritime and mobile applications for the pressing issues to alternative and environmentally friendly ways of power generation and propulsion technology. Proton Motor as a SME is leading the way in this high-tech and creates advantages for Germany’s position as an industrial location.

Short project presentation
The hydrogen-based fuel cell range extender for electric-powered vehicles is an effective support for applications where the existing battery capacity is not sufficient. The system was developed as a conceptual, modular solution to ensure a wide applicability to various platforms. During the operation ... 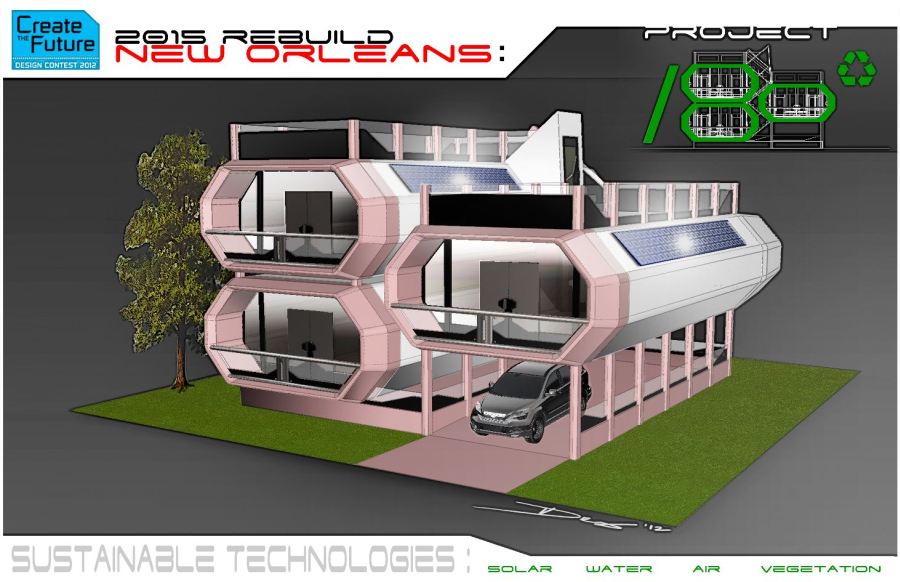 Project 180 Turn Around: 2015 Rebuild New Orleans is a project that interested me when Brad Pitt devised a restructuring housing program to help those who lost in New Orleans. It’s been 7 years since the devastating events of Hurricane Katrina in 2005. Not much was done to prevent and repair the incident by all levels of government. The thought of never rebuilding there again is the first thing that comes to most minds. However this location still manages to exist with a mixture of cultures, largely intact historic built homes, even though the city is situated on marshland below the sea level. With this said, as an Industrial Designer, every problem might have a solution.

PVC Materials: Ecological, Health, Chemical and Fire Safety in Their Manufacture, Use and Disposal

All of us know about the potential danger connected with processing of a polymeric waste, and nevertheless all of us use a lot of polymers! The problem of polymers utilization is especially actual for PVC as a result of PVC burning dioxins release into the atmosphere - global ecotoxicants which split poorly and collect both in a human body, and in the planet biosphere, including air, water, and food. No wonder one of the slogans of Greenpeace: Go PVC-Free. But to refuse the conveniences connected with use of plastic, nobody would like.
The proposed method is directed on improvement of the PVC consumer properties and, in particular, reducing of dioxins discharge during processing. The method is based on a ... 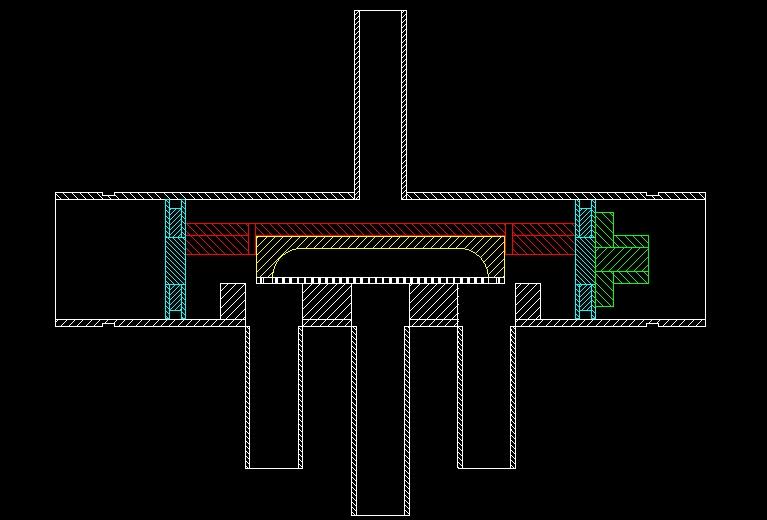 The Frostless Heat Pump and sequence saves approximately 10% of energy expended in the heating mode of a refrigeration cycle heat pump. Energy savings are achieved through the anticipation and prevention of frost on the outdoor coil, while the unit is in-cycle, heating the target load. The more frost that builds on the coil, linearly the more capacity and efficiency of the system diminish. Therefore, the more back-up heat (most often electric resistance heat) is required to be added to maintain desired indoor temperature. Every conventional heat pump reverses cycle to melt outdoor coil ice, when heat transfer diminishes from ice. Defrost in itself, requires large amounts of energy, which essentially is expended to overcome the effects of energy ... 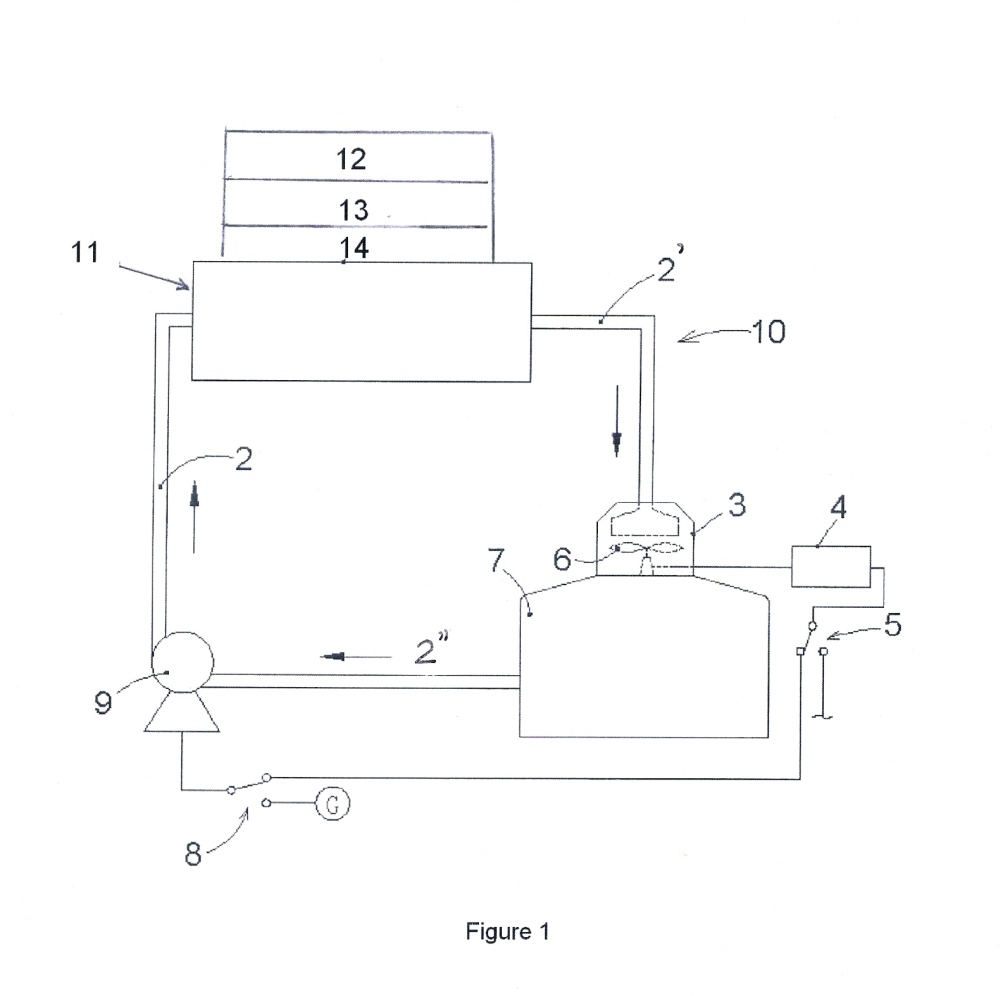 As it is widely known, a Rankine cycle is a closed-circuit thermodynamic cycle whose specific feature is to involve a phase change (liquid/vapor) of a working fluid (WF). My invention relates to a novel concept, RABEI ENERGETIC CYCLES (REC), whose specific feature is to NOT INVOLVE PHASE CHANGE of the WF, with reference to a first application: TRIGENERATIVE ENERGETIC INSTALLATION (patented).

Figure 1 is a schematic diagram of an REC (circuit 10-basic variant), according to a FUNDAMENTAL PRINCIPLE, and comprises the main components:
-ELECTROHYDRAULIC PUMP STATION (EHPS) 9,
-HIGH PRESSURE CHAMBERS with various geometries and various arrangements to constitute the so called HIGH PRESSURE CHAMBERS ASSEMBLY (HPCA) 11; each high pressure chamber is filled with the WF and is ...